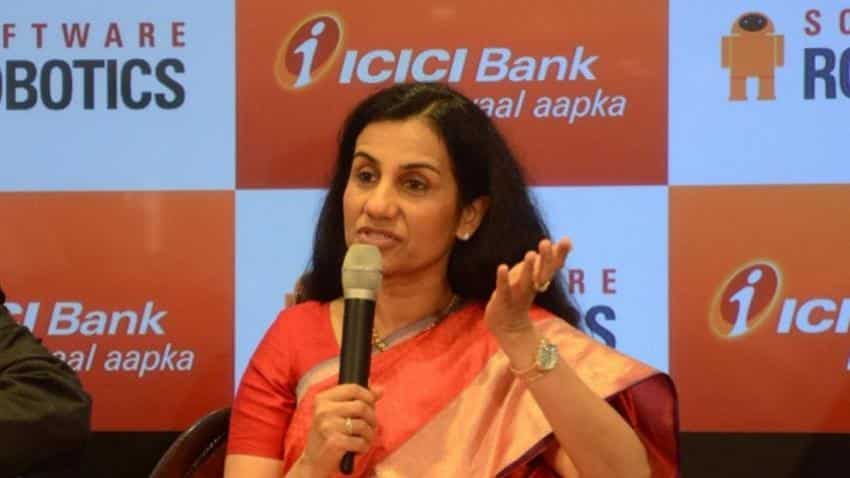 Chanda Kochhar, one of the most influential names in India, with even Fortune describing her as being among the ‘Most Powerful Women in Business’, is facing very tough times. After a 34-year banking career, Kochhar now faces alleged charges of favoritism in a loan sanctioned to household-electric compliance maker Videocon Group. Controversy that erupted is over the CEO & MD of largest private-lender ICICI Bank having made personal gains in regards to loan given to Videocon in which her husband Deepak Kochhar's name has cropped up. Even though the top management of ICICI Bank tried to protect dignity of Chanda Kochhar and showed faith in her work, yet investors and government regulatory boards have started the process of looking into the matter. The the share price of the bank has tumbled over 7% on Monday trading session.

The letter was written on March 15, 2016, where Gupta highlighted that, the Videocon Group is heading deep into crisis and will soon become drain on Banks as Non Performing Asset despite the ICICI Bank offering them murky financial supports.

Shocking revelations were made by Gupta. He mentioned that Videocon has a debt of Rs 45,405 crore for fiscal year 2014-15 on books. Gupta added saying, “Over the years the absolute debt levels have risen unabated despite assets sales both partly due to ongoing capex but substantially due to operational losses.”

As per Gupta, the Videocon chief Dhoot incorporated a 50:50  joint venture business with Deepak Kochhar in the name of NuPower Renewables. Click Here to see the full letter of Arvind Gupta.

Now ICICI Bank - which has been operated and led by Chanda Kochhar since 2009, had sanctioned about Rs 3,250 crore to Videocon in 2012.

ICICI Bank said their MD & CEO released a full fledged letter on March 29, saying the credit committee of ICICI Bank in 2012 provided it’s share of facilities in Videocon Group. The committee was chaired by the then Chairman of ICICI Bank, and it included independent working Directors of the bank. Present CEO & MD of the bank, Chanda Kochhar, was not the chairperson of this committee.

Although Dhoot in a PTI report on Sunday, denied any dealings with Chanda Kochhar's husband beyond investing of Rs 2.5 lakh in the renewable energy business, yet the Central Bureau of Investigation (CBI) has registered a preliminary enquiry (PE) for the loan sanctioned by ICICI.

Even several ICICI Bank officials have been questioned by CBI yesterday, it is being know that, the investigative agency will also examine bank CEO Chanda Kochhar over the Rs 3,250 crore loan.

A PE is the first step to verify allegations of corruption. As part of the procedure, the CBI collects material to determine if there is prima facie criminality requiring registration of an FIR. The agency normally has three months to decide whether to close the PE or convert it into a regular FIR.

Moreover, another reason for the tumble in stock price, was also due to a penalty of Rs 58.9 crore imposed by RBI for non-compliance with regulatory directions on direct sale of securities from the bank’s Held To Maturity (HTM) portfolio and specified disclosure in this regard.

Well what will be the outcome of ICICI Bank and their Chanda Kochhar, we will have to wait and watch, however, analysts see some pressure on the bank for short term.

Mahrukh Adajania and Sanket Chheda analysts at IDFC Securities said, “ICBK’s banking business trades below book value on FY20E. We currently maintain OP. We see pressure in the short term following the fine, allegations and CBI’s PE. 4Q earnings will likely be weak with slippage of Rs 130 billion plus, and a core pre-tax loss in our view.”