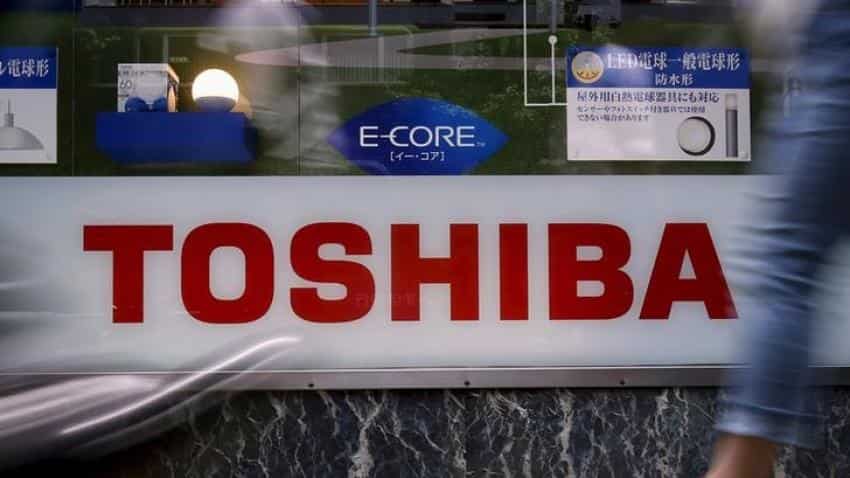 Pedestrians walk past a logo of Toshiba Corp outside an electronics retailer in Tokyo. Image Source: Reuters
Written By: Reuters
RELATED NEWS

Toshiba Corporation said on Tuesday it may book a goodwill impairment loss of several hundreds of billion yen on a US nuclear power acquisition made by its Westinghouse division, sending its stock tumbling 12%.

Toshiba did not specify a figure in its statement. Potential losses reported by domestic media have ranged from 100 billion yen to 500 billion yen ($850 million to $4.3 billion)

Such a loss would deal another heavy blow to a sprawling conglomerate hoping to recover from a $1.3 billion accounting scandal as well as a writedown of more than $2 billion for its nuclear business in the last financial year.

Toshiba said a board meeting would be held later in the day and any necessary announcements would be made after that.

The firms have since clashed over calculations for working capital and who should shoulder potential liabilities related to cost overruns at two delayed US nuclear power plant projects, with CB&I suing Westinghouse after Westinghouse said it was owed more than $2 billion.

Shares in Toshiba were trading down 12% in late morning trade after plunging as much as 16% at one stage to its lowest in more than a month.

Toshiba, led by new CEO Satoshi Tsunakawa, has positioned its nuclear and semiconductors businesses as key pillars of growth while seeking to scale down less profitable consumer electronics units such as personal computers and TVs.

It has forecast a full-year net profit of about 145 billion yen this financial year, a turnaround from a loss of 460 billion yen, thanks to strong demand for flash memory chips from Chinese smartphone makers.

But any big losses are likely to force Toshiba to boost a capital base that has been weakened by range of restructuring steps taken in the wake of the accounting scandal.

As of the end of September, Toshiba had shareholders` equity of 363 billion yen, or just 7.5% of assets, which could fall close to zero if the company is forced to log significant losses.

Tsunakawa, who took the helm in June, has pledged to rebuild trust in the firm and has said he would prioritise beefing up Toshiba`s capital base.