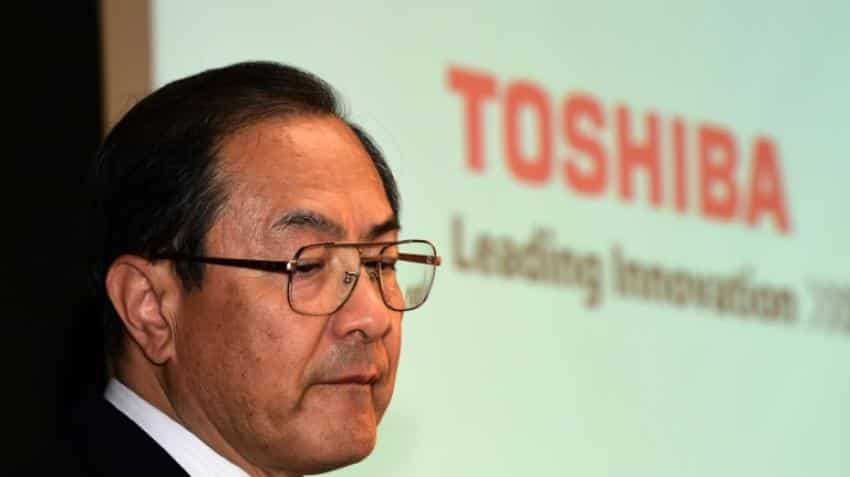 Toshiba said on Friday its half-year profit tripled, owing to cost cuts and the sale of its home appliances business, providing a boost to the firm as it tries to turn the page on an embarrassing accounting scandal.

The vast conglomerate posted an April-September net profit of 115.3 billion yen ($1.08 billion), well up from 37.3 billion yen seen a year ago.

It also logged a 96.8 billion yen operating profit, reversing a year-earlier loss, although it blamed a stronger Japanese currency and lower sales of televisions and personal computers for a 4.3% decline in revenue to 2.58 trillion yen.

A once-proud pillar of corporate Japan, Toshiba has been besieged by problems, most notably a profit-padding scandal in which bosses for years systematically pushed subordinates to cover up weak financial results.

In an intensive makeover effort, Toshiba has been shedding businesses and announced the sale of its medical devices unit to camera and office equipment maker Canon.

Japanese firms doing business abroad have also been hit by a sharp rally in the yen, which makes them less competitive overseas and shrinks the value of repatriated profits.

Toshiba this week upgraded its sales and profit forecasts for the fiscal year ending March 2017, thanks largely to robust demand for memory chips and hard disc drives.

The company now expects an annual net profit of 145 billion yen, up 45% from an earlier estimate, on sales of 5.4 trillion yen.