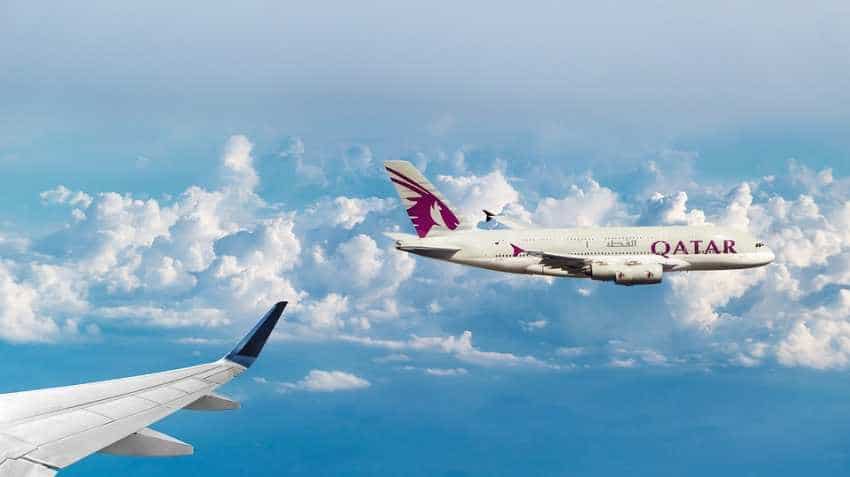 In the top10 list, Qatar Airways is followed by Singapore Airlines, which has also won top accolade as the World’s Best Cabin Crew. Image: Pixabay

Qatar Airways has once again emerged as the world's best airline in the Skytrax World Airline Awards. On Tuesday, airline leaders and top airline management from across the globe attended the 2019 World Airline Awards held at Paris Air Show to receive their accolades voted for by customers. Skytrax said in a release, "Qatar Airways scooped the top award being named the World’s Best Airline, also winning awards for the World’s Best Business Class, the World’s Best Business Class Seat and the Best Airline in the Middle East."

India's IndiGo has been awarded as the best low-cost airline in Central Asia/India.

Excited over the award, Qatar Airways Group Chief Executive, Akbar Al Baker, said: “We are thrilled to be globally recognised by our customers by winning these four prestigious awards. Becoming the first airline to be named as ‘Airline of the Year’ for the fifth time is a landmark achievement and, combined with three other major Skytrax awards, it is testament to the tireless efforts of the entire Qatar Airways team.”

Top 10 airlines of the world:

Skytrax CEO Edward Plaisted: “To be named as the World’s Best Airline is a great recognition of Qatar Airways high standards, and recognises the hard work and dedication from every member of staff to satisfy customers. To achieve this accolade for a fifth time is a remarkable achievement, and we congratulate them for this unique success."