Tinkering in rates by banks unlikely in short-term: HDFC Bank

Both deposit and lending rates probably have bottomed out and further tinkering in rates by banks unlikely in the immediate future, he said. 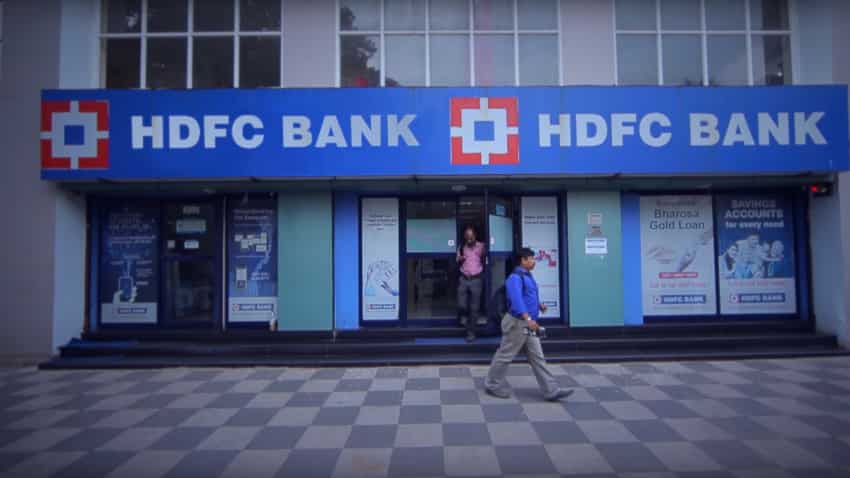 A customer walking out an HDFC Bank branch. Photo: Youtube

With excess liquidity being drained out of the banking system, interest rates are in for a pause, said HDFC Bank Deputy Managing Director Paresh Sukthankar.

Both deposit and lending rates probably have bottomed out and further tinkering in rates by banks unlikely in the immediate future, he said.

"Look at the successive policy that RBI has been putting out. Clearly what has happened to inflation and potentially oil and so on, it's clear that from policy perspective they feel that room for further cuts are virtually not there," he told PTI.

Given that progressively excess liquidity in the banking system has been mopped up, he said, the potential room for deposit rate coming down and therefore lending rate coming down is also some what lower.

"Rates have probably bottomed out. I am not saying that they might suddenly change direction right away. Interest rates would be in a period of pause for a while," he said.

Asked about expectation from RBI monetary policy, Sukthankar said, it would be difficult to hazard a guess what the regulator is going to do.

The Reserve Bank of India (RBI) is scheduled to announce fifth bi-monthly policy on December 6.

On the promulgation of ordinance to amend the IBC, 2016, Sukthankar said, "It is going to make resolution process, effective fair and morally it resonates with what should be done."

The ordinance to amend Insolvency and Bankruptcy Code (IBC) bars those promoters who have wilfully defaulted on their debt obligations or are habitually non-compliant and, thus are likely to be a risk to successful resolution of the insolvent company.

The new law also makes ineligible those who have their accounts classified as non-performing assets for one year or more and are unable to settle their overdue amounts with interest and penal charges before the submission of the insolvency resolution plan.

The ordinance has plugged some of the important gaps which were there and it does improve the potential effectiveness of IBC, he said.

Terming the IBC as path breaking for resolution, he said, "There was a school of thought that suggested existing promoters to bid as they may know the best value of assets. They may be in best position to leverage the assets so they would bid the most. It will help banks recover more.

"But you cannot allow the promoters who have misused the money, essentially wilful defaulters. It will be travesty of the whole system that they can come back because there is no legal bar," he said.

Bank jobs: This bank plans to hire 3,000 people in Maharashtra