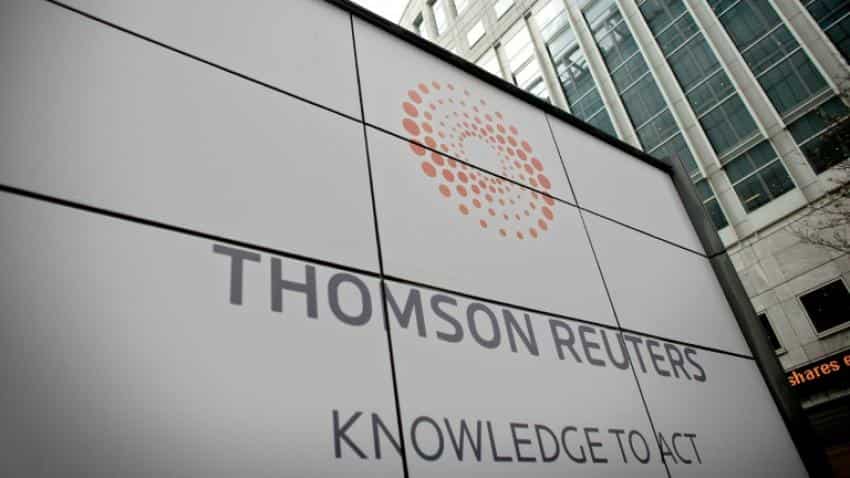 Thomson Reuters to cut 3,200 jobs in next two years

Amazing! This is the only Indian company to make it into Thomson Reuters top 100 list

Thomson Reuters announced a new "streamlining" plan on Tuesday to cut an estimated 2,000 jobs at the financial information group as it reported flat revenues and a drop in profits.

"Our core subscription businesses are moving in the right direction, our cost controls are working and we are increasingly confident in our execution capability," chief executive Jim Smith said.

"That is why we are going to pick up the pace of our transformation efforts."

The reorganisation will result in cuts of around 2,000 of 50,000 jobs worldwide, a company spokesman said, referring to an internal memo from the CEO.

The company offers a range of financial and legal information services and operates the Reuters news agency.

Revenues were essentially flat from a year earlier at $2.74 billion.

Receipts from "corporate and other" segments, including the Reuters news agency, were down 1.35% at $73 million.

Thomson Reuters is setting aside $200 million to $250 million "to accelerate the pace of the company's transformation program by further simplifying and streamlining the business," it said, adding that the measures would provide a cost savings of the same amount.

One of its major units that provides market data to financial professionals saw revenues stagnate amid competition from rivals such as Bloomberg and the recently founded Symphony Communications, which is backed by major banking firms.

Earlier this year, Thomson Reuters said it was selling its Intellectual Property and Science business -- which serves governments, academic, publishers and corporate clients -- for $3.55 billion.

Last month, the group announced plans to open a technology center in Toronto that would add 400 jobs over the next two years.

Thomson Reuters to cut 3,200 jobs in next two years

Amazing! This is the only Indian company to make it into Thomson Reuters top 100 list