The budget carrier had 2.3% share in the domestic aviation market at the end of September quarter. 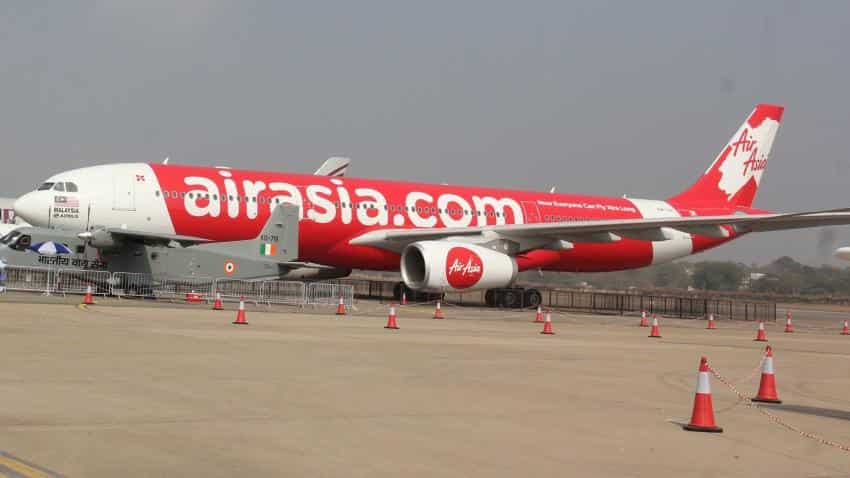 It flew 5.89 lakh passengers in the three months ended September, an increase of 42%. Photo: IANS
Written By: PTI
RELATED NEWS

Emphasising that things are looking good for the airline, AirAsia India CEO Amar Abrol has said it will continue to make investments and expand fleet size to 10 in the current financial year.

The no-frills carrier, which took to the Indian skies in June 2014, also expects to have a headcount of around 1,000 by the end of March next year.

"We will have around 1,000 people, hopefully by March... Things are looking good and we continue to invest in India," he told PTI.

The budget carrier had 2.3% share in the domestic aviation market at the end of September quarter. It flew 5.89 lakh passengers in the three months ended September, an increase of 42% compared to the year-ago period.

Without divulging specific financial details, Abrol said the airline has been seeing gross profit since the new management took over in March. He came at the helm of the airline in March this year.

"I think since March when the new management took over, we have been gross profit positive," he noted.

When asked about the allegations of financial wrongdoings at the airline, Abrol said the airline has already issued a statement in that regard.

After Mistry alleged Rs 22 crore worth fraudulent transactions at the airline, AirAsia India, on October 31, had said that probe is going on against certain former executives for "irregular personal expense claims" and other charges.

"There is an ongoing investigation against certain former personnel of AirAsia (India) Ltd involving irregular personal expense claims and certain company charges. This has already been reported to and discussed at the previous board meeting of AirAsia (India) Ltd," the airline had said in a statement.

The airline had also said it would not make any specific reference to the matters investigated at this stage as it may be prejudicial to AirAsia (India) Ltd or the personnel investigated.

In the airline, Tata Sons owns 49% while two of the airline's directors -- S Ramadorai and R Venkataramanan -- have 2% shareholding, and the remaining is with AirAsia Berhad.

Acknowledging that competition is "stiff", Abrol said such a situation is good for the consumers but as an airline, "We certainly try to balance between yield and load factor".

"At the end of the day, the industry will only survive and thrive only if all of the operators make money," he said.

In aviation parlance, yield refers to ticket prices while load factor indicates seat occupancy in a particular flight. When asked whether the practice of giving tickets at low prices is a sustainable strategy, Abrol replied in the affirmative.

"Low cost is, of course, a sustainable strategy. We will be certainly serving the Indian masses. I don't know about other players, but certainly we will become profitable. We have made gross profit since the new management has taken over. We will continue down that path," he said.