Adani group companies plunged on Monday in the wake of reports that the National Securities Depository Ltd (NSDL) froze the accounts of the three foreign funds that are among the top stakeholders in the firms. 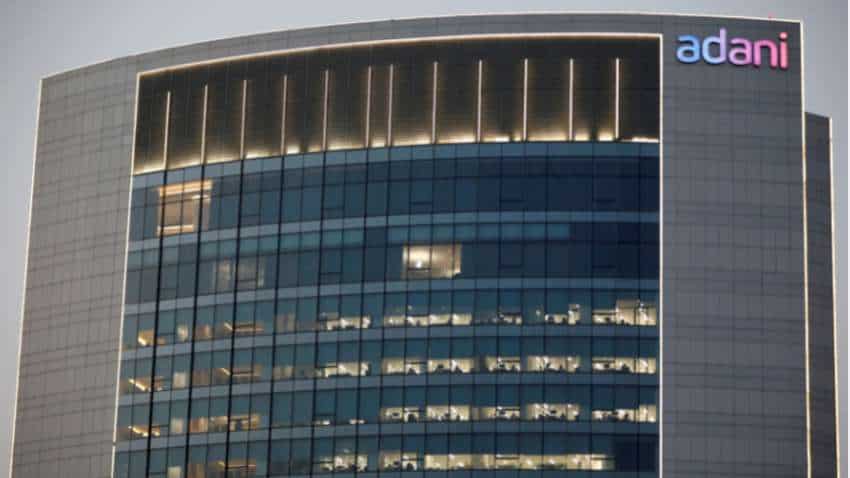 After shares of Adani group companies plunged on Monday in the wake of reports that the National Securities Depository Ltd (NSDL) froze the accounts of the three foreign funds that are among the top stakeholders in the firms, billionaire Gautam Adani's group has said that accounts of three Mauritius-based funds that own the port-to-energy conglomerate's stocks were not frozen and any reports suggesting the contrary were "blatantly erroneous and misleading".

Here are all the DETAILS of 3 Adani Group FPIs (Foreign Portfolio Investors) that are in question - Check names, PAN, stake, value of holding and other details:-

- APMS Investment Fund account had 15.52 crore shares of five firms (it did not have had shares of APSEZ)

-The three funds feature among the top 12 investors and owned about 2.1 per cent to 8.91 per cent stakes in five Adani Group companies as of March 31, 2020, annual investor presentations show.

The value of their holding in the five Adani group firms was valued at USD 7.78 billion before the Adani Group companies' stocks witnessed mayhem on Monday.

In a statement later, the ports-to-energy conglomerate said the FPIs (Foreign Portfolio Investors) in question have been investors in Adani Enterprises Ltd for more than a decade.

While Adani group said all the accounts of its top shareholder funds were active, NSDL in an email to the group also confirmed their 'active' status.

"This is causing irreparable loss of economic value to the investors at large and reputation of the group," they said. 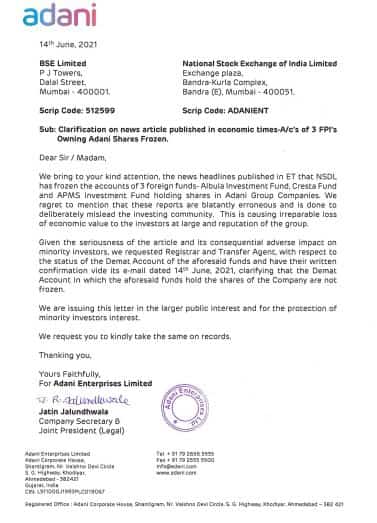 Given the seriousness of the issue and its consequential adverse impact on minority investors, "we requested Registrar and Transfer Agent, with respect to the status of the Demat Account(s) of the aforesaid funds and have their written confirmation vide its e-mail dated 14th June, 2021, clarifying that the Demat Account(s) in which the aforesaid funds hold the shares of the company are not frozen," the firms said.

As per a PTI report, NSDL in an email to Adani group said, "the status of demat accounts mentioned in your trail email are held in 'Active' status in NSDL system".