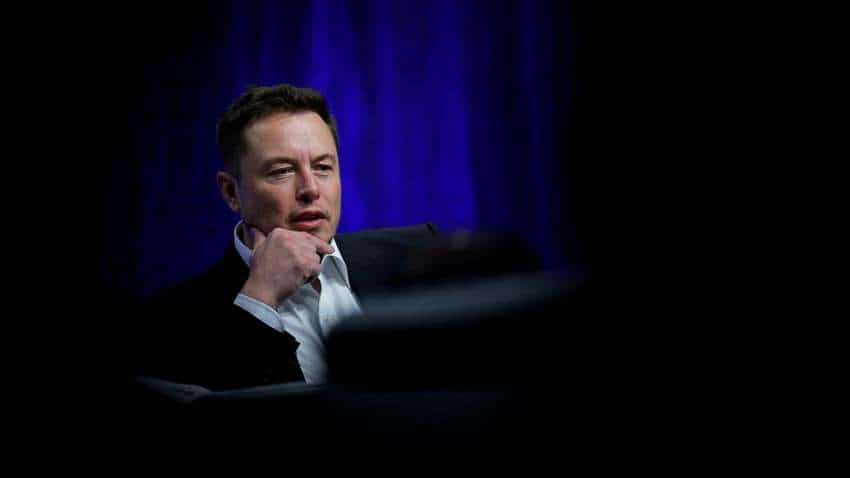 Shares of Tesla fell 8% during the day after Bloomberg reported that production of Tesla`s less expensive sedan, the Model 3, had been temporarily suspended, raising questions about whether it had enough supplies to keep the assembly line moving.

Several automakers, including General Motors Co, Volkswagen AG, and Ford Motor Co, are hit by the shortage of chips, forcing them to scale down production.

A person with knowledge of the situation told Reuters that at least some workers had been told they could take off Wednesday and Thursday, while another person said some employee parking lots appeared to have fewer people than usual on Thursday.

Electric vehicle news source Electrek quoted Musk as telling employees that production of Model 3 and the Model Y small SUV would speed up to full production over the next few days.

"We are experiencing some parts supply issues, so we took the opportunity to bring Fremont down for a few days to do equipment upgrades and maintenance," Musk said in an employee email, according to Electrek.

Musk also said that the company was scaling up production of its more expensive Model S and Model X lines, which would soon go back to two shifts, he said, according to Electrek.

The company could not be immediately reached for comment.

Tesla said last month that it might face a temporary impact from a global semiconductor shortage and logistics disruptions at ports.

"This is an industrywide problem rather than anything Tesla-specific. But this episode provides a very useful reminder that EV manufacturing is subject to periodic supply chain bottlenecks, whether related to chips, or batteries, or other components," Raymond James analyst Pavel Molchanov said by email.

Samsung Electronics, which supplies chips that control self-driving capabilities to Tesla, last week said it had suspended its factory in Austin, Texas as a winter storm caused power outages. The Tesla chips are made in the Texas factory, the automaker said two years ago.

Samsung declined to identify its customers for the factory.

It was unclear how much volume or revenue Tesla would lose due to the production halt. The Fremont plant has an annual production capacity of 500,000 Model 3s and Model Ys combined.

Tesla last week reduced the price of its cheaper variants of the Model 3 and the Model Y, the latest in a series of price cuts at a time when legacy automakers are trying to fight back with new models.