WATConsult has been one of the fastest growing agencies in India today. However, it's beginnings were humble and had to navigate through rough waters. Their founder speaks on their journey. 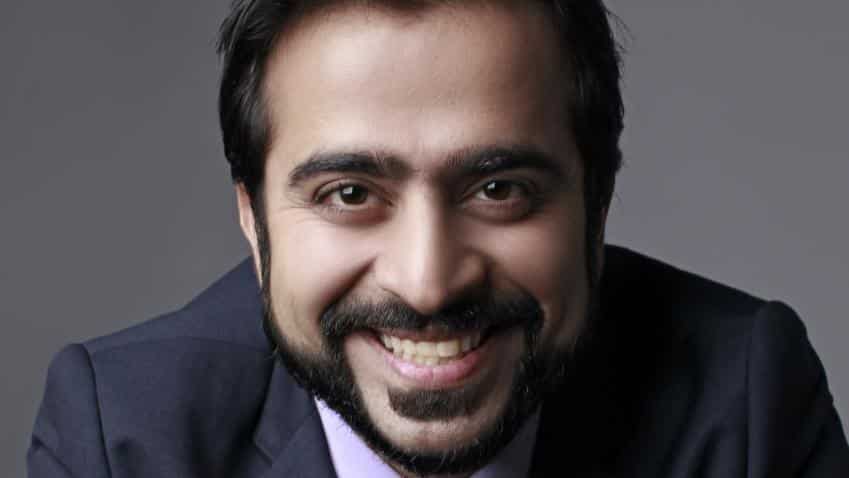 If a watt is a unit of energy, then WATConsult, despite the one missing 'T' has plenty of energy to power up a light bulb.

It's one of the reasons why the company has managed to survive a decade without losing any of its steam in the advertising market in India. What started as an abbreviation for Web, Analytics and Technology, quickly moved on to the question 'What next?'.  The company has had a remarkable journey from founder Rajiv Dingra's house in Colaba in January 2007 to an agency worth nearly Rs 200 crore today.

WATConsult started as a blog and is now a full-service digital agency with nearly 300 people working for it in 2017. Rajiv Dingra, Founder and CEO of WATConsult sitting in his new office doning a brown blazer recollects, “I used to run a blog called WAT Blog and people starting approaching me for social media consulting assignments. That's how WATConsult was conceptualised. Rediff.com was our first client and that's when I put a team together in January 2007.”

WATConsult's humble beginning was from Dingra's home. His living room was set up with the workstations and the kitchen doubled up as the conference room. The meetings took place in the bedroom. At the time, Dingra recollects, "I doubled up as the office boy too. I also posed as one with a client when the time came to collect our first pay cheque."

Things soon started falling into place for the agency, and they shifted base from Dingra's house in Colaba to a residential apartment in Goregaon in 2008. Not only was his team bigger now, their clientele had grown too. From Frito-Lay to Mahindra, HSBC and Nokia, “One thing led to another and within a year we were 15 people. At that point we were pure play social media specialists,” said Dingra.

Just as quickly they had set sail, their ship landed in troubled waters.

“I think 2008 was a rough year because of the recession. While we were doing good business, payments got stalled for three months which led to a cash crunch. We were doing good enough business for a 15-people team though. At the time there were very few agencies doing anything for social media given that Facebook was relatively new. There were some lay offs too. It wasn't smooth but we roughed it out," Dingra recalls.

The 2008 crash also had its lessons. “I think the 2008 crash was important for us too. Till then we were running as a digital advertising shop but didn't really know the business side of things. We became smarter with our business acumen post 2008.

"I think the other high point for us when Facebook and other social media sites started scaling up. It added to a lot of wind to our sails. If it wouldn't have taken off then, I don't think we would be where we are today,” he says.

After 2009, we have never looked back, Dingra said enthusiastically. It was at that time the company office shifted to an old, rustic building with narrow wooden staircases in the by-lanes of Fort area in South Mumbai. Their new clients were Sony Music, Warner Bros and Kelloggs. They also started looking for new talent; some of them are still with the company.

“We were growing organically and fast, doing some great work, getting good feedback from our clients, and by early 2012 we were 70 of us. In just 3 years we had become a 70-people agency which is a decent sized agency even today. We had some really good brands like Godrej, SAP, Procter & Gamble, etc.,” Dingra said.

Three more offices later WATConsult has reached where it is today.

With a workforce of nearly 160 employees, WATConsult was acquired by the Dentsu Aegis Network (DAN) for nearly Rs 200 crore in February 2015.

“Partnering with Dentsu Aegis Network two years ago gave us a lot of global exposure and an idea of how global agencies function. There's a need for financial discipline on the back-end to survive and thrive which we picked up from the global companies” says Dingra.

Little has changed after the acquisition in terms of targets. While earlier they used to track their revenues quarterly, they now do it monthly.

The one major change however is that it now has a global ambition. “The next 2-3 years are very clear for us. We want to do two things -- focus on recognizable work hopefully at a global level. The other is to ensure that we do diverse work in digital. We think video, artificial intelligence, innovation are great opportunities and we are going to push our clients to those to do some interesting, diverse work.”

They look to go after global mandates in India to offer their clients solutions that their agencies in India cannot. “A lot of times these are global mandates. They may not be able to give me social or digital because their global mandate is with another agency. But there is no global mandate for e-commerce, social CRM, innovation led by projects, programmatic and digital research. These are all services that the client needs and which they need today,” he says.

Dingra says that by 2020 they want to be a 500 people agency not just in India but in some regional mandates as well. “In terms of revenues we are looking at a billing of Rs 100 crore-plus,” he says.

WATConsult has achieved a lot in 10 years, but does the founder have any regrets? “I don't regret it but if there was one thing I could have done differently, I would have been a little more aggressive in 2009. I was slightly more conservative but beyond that I don't think there was anything that I would want to change from the past,” he said.