The telecom sector debt crisis is expected to widen in FY18 on the back of negative cash flows and weaker earnings. 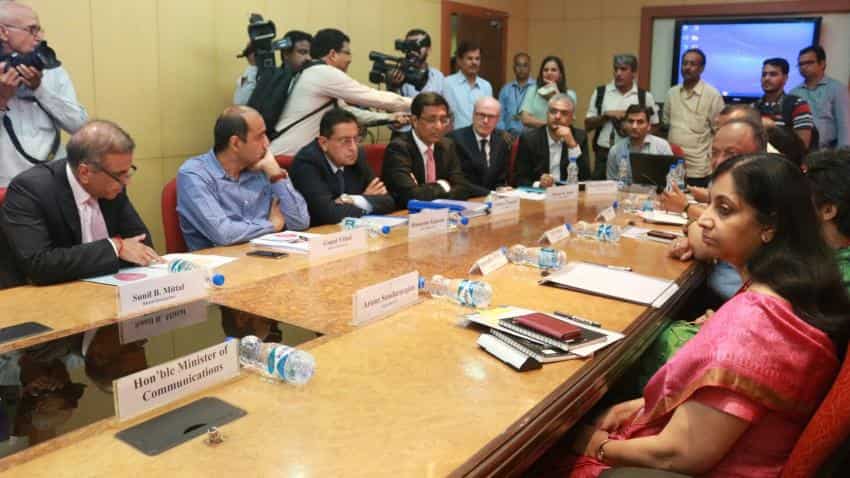 The telecom sector that is reeling under heavy debt is expected to increase its debt levels to Rs 4.8 lakh crore this fiscal.

Telecom operators too are buckling under the pressure of a heavy debt burden. Just last month Reliance Communication was downgraded by several rating agencies on asking to restructure its Rs 45,000 crore debt.

Tata Teleservices, the telecom unit of Tata Group also asked to restructure debt of Rs 32,000 crore and has also asked for a fresh loan of Rs 5000 crore.

“In FY18, credit profile of telecom sector is likely to deteriorate due to negative free cash flows amid weaker earnings leading to a rise in debt levels. However, we could see companies in this sector to monetize some of their non-core assets which could ease pressure on their credit profile,” Priyanka Poddar, Senior Analysts at India Ratings told Zeebiz.

The main reason that ICRA cited for this was spectrum related expenditure in the last few years. 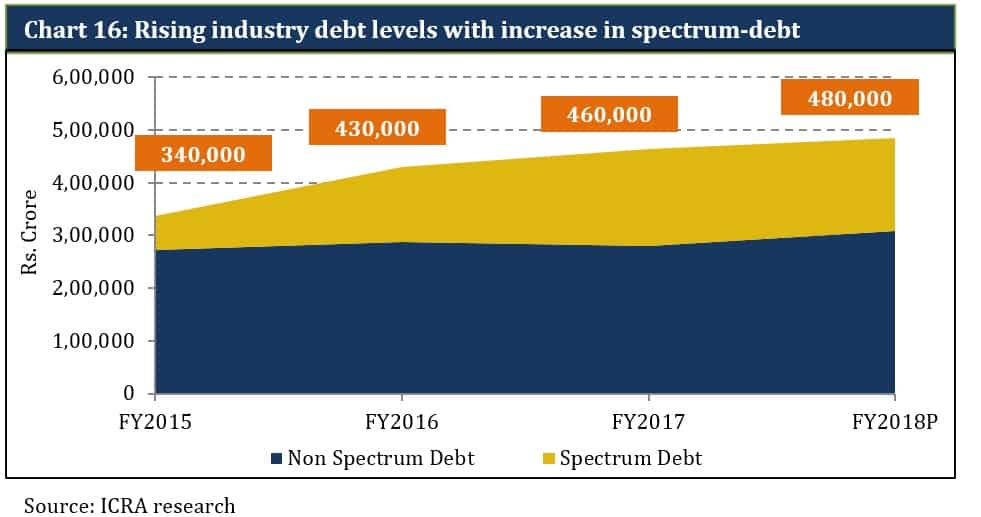 However ICRA said that the non-spectrum debt is expected to increase further in FY18.

Last year the telecom industry ranked fourth in the matter of debt of top corporate borrowers, right behind metal and mining, infrastructure and power.

Telecom operators earning is expected to be under pressure as competitive pricing due to Reliance Jio impacted the pricing power of the companies.

The revenue per user earned by the operators have declined since the entry of Jio. India’s telecom major, Airtel’s ARPU was down from Rs 202 in Q1FY15 to Rs 158 in Q4FY17.

“Competition has impacted the revenue generation and profitability of all the players in H2 FY2017, post the RJio launch. ICRA estimates the FY2018 revenue and EBITDA to decline by 6% and 28% respectively,” Jagnani added.

With the boost of freebies and bumper offers on data offered by the companies in FY17, voice and data realisations also declined.

With the Goods and Service Tax rolled out taxes on the sector have increased from an earlier rate of 15% to 18% under GST. However, the telcos are expected to absorb higher tax incidence so as not to burden the subscriber base.