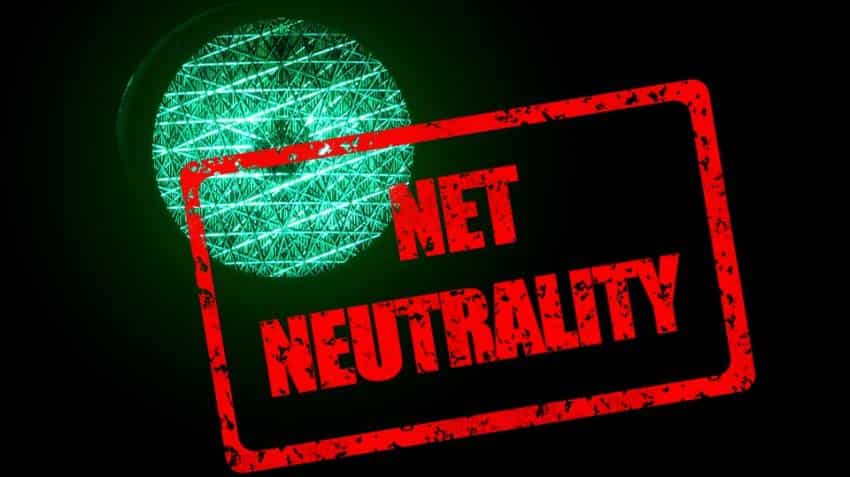 Supporters of Net neutrality back the principle that the entire Internet traffic should be available to everyone on equal terms without any discrimination based on business considerations of service providers. Representational image. Image Source: Pixabay

Telecom regulator Trai will issue recommendations on the thorny issue of Net neutrality tomorrow over which operators and those who provide apps have locked horns.

"We will issue recommendations on Net neutrality tomorrow," Trai Chairman RS Sharma told reporters on the sidelines of an open house discussion on in-flight connectivity (IFC) for providing phone call and data service.

The recommendations on IFC will be issued within 10 days, he said.

Supporters of Net neutrality back the principle that the entire Internet traffic should be available to everyone on equal terms without any discrimination based on business considerations of service providers.

The Trai's recommendations will come at a time when there is a debate raging over Net neutrality?globally.

The US regulator, Federal Communications Commission, has said recently that it plans to roll back the?"Net neutrality" rules the were adopted in America in 2015.

When asked about status of consultation on over-the-top (OTT) service providers offering calls and messaging service using Internet like whatsapp, skype and viber, Sharma said that the recommendations on Net neutrality should be able to provide some of the answers to issues around OTT players and VoIP (Voice over Internet protocol) calls.

OTT refers to applications and services which are accessible over the Internet. They ride on operator networks offering Internet access services such as social networks, search engines and video aggregation sites.