Along with Airtel, Aircel and RCom are in talks to merge their mobile business into a combined entity taking 19.3% of total spectrum allocated to the industry. 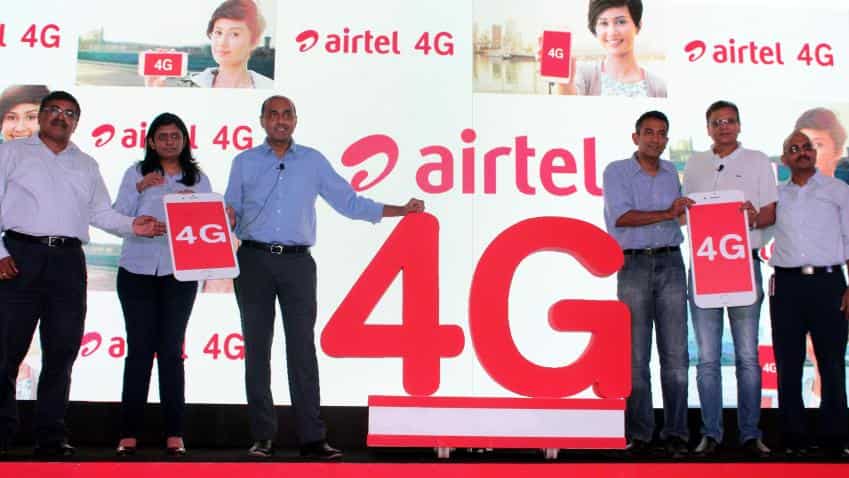 As per the agreement, Airtel will acquire Aircel's rights to use 4G spectrum in eight telecom circles for Rs 3500 crore. Photo: IANS
Written By: ZeeBiz WebTeam
RELATED NEWS

The company's Vice President and Company Secretary, Rajendra Chopra said, "This is further to our intimation dated April 08, 2016 w.r.t. the acquisition of rights to use 20 MHz 2300 Band 4G TD spectrum from Aircel. We are pleased to share that the proposed transaction has successfully concluded for 6 out of 8 circles namely Tamil Nadu (including Chennai); Bihar, Jammu & Kashmir, West Bengal, Assam and North East, following the receipt of all necessary approvals and satisfying all the conditions (including conditions stated
in the Spectrum Trading Guidelines)".

No player can hold more than 25% of the total spectrum allocated in that particular area in a circle.

Along with Airtel, Aircel and RCom are in talks to merge their mobile business into a combined entity taking 19.3% of total spectrum allocated to the industry. This deal with RCom will be highest in the country by an entity.

The reason behind Bhushan's allegation was that the deal will allow Aircel's parent company Maxis to escape and abscond with crores of money, the report said.

Maxis Communication, a Malaysia-based firm holds 74% equity stake in Aircel and the rest is owned by Sindhya Securities and Investments Ltd.