Telecom AGR Dues: Bharti Airtel's Rs 100 billion AGR payment is on an ad-hoc basis and it is in the process of self-assessment of dues. 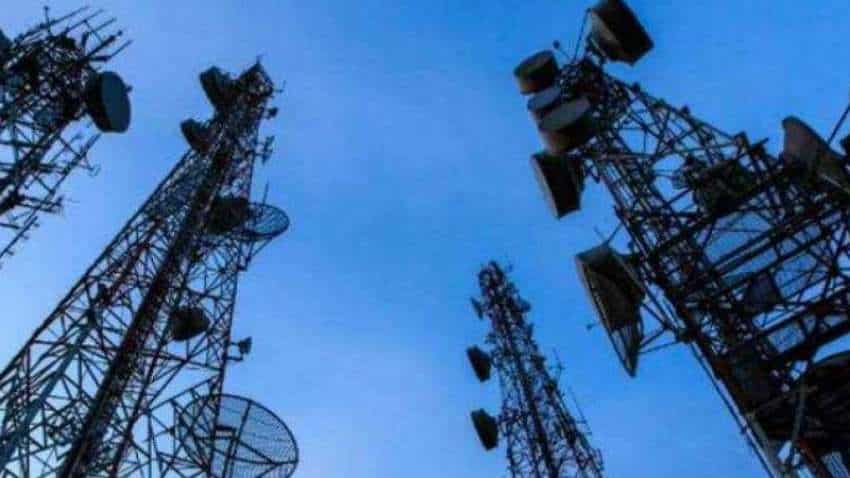 Telecom AGR Dues: Even as the AGR litigation dates back to 2003, Bharti Airtel provisioned for 73 per cent of total US$5 billion AGR dues in 9MFY20. Photo: PTI
Written By: ZeeBiz WebTeam
Edited By: Harish Dugh
RELATED NEWS

Good news for BSNL employees: March salary to come on time, board meeting on April 4

Telecom AGR Dues: Chances are high for a rise in litigation due to the AGR payment in the Indian telecom sector, however, telecom major Bharti Airtel may overcome the Department of Telecom (DoT) storm whereas Vaodafone Idea is facing highest level of vulnerability in the current industrial dynamics, says Credit Suisse. Bharti Airtel's Rs 100 billion AGR payment is on an ad-hoc basis and it is in the process of self-assessment of AGR dues and will make balance payments before next hearing in court slated for March 17, CS said.

Giving details about the telecom AGR dues the Credit Suisse report said, "Bharti Airtel recently raised US$3 billion for funding of AGR payments. Even as the AGR litigation dates back to 2003, Bharti Airtel provisioned for 73 per cent of total US$5 billion AGR dues in 9MFY20. Further of these US$1.2 billion is for principal liabilities, US$2.3 billion is for interest and US$1.4 billion is penalty and interest on penalties. As per industry, with 75 per cent of AGR dues in interest and penalties, further litigation is still likely including for staggering of payments," adding, "Amid AGR risks Bharti Airtel`s 3QFY20 4G subs additions at 21 m were highest ever and data traffic was up 15 per cent quarter on quarter. In 9MFY20 it has gained 3 ppt data traffic share. Given changing industry dynamics and Vodafone Idea`s vulnerability with out-of-control gearing and lag in 4G besides higher spectrum and AGR burden we raise our Bharti Airtel total/4G subs forecasts by 7-14 per cent to 325m/250m by March 2022."

"We await Bharti Airtel`s self-assessment of AGR dues, the next steps in industry litigation and Supreme Court`s further hearing of AGR case on 17 March. Meanwhile, following the upgrade of our Bharti Airtel`s 4G and total subscriber estimates, India mobile Arpu will reach Rs 186 in FY22 (from 3QFY20 exit of Rs 140) and FY21/22CL consolidated Ebitda forecasts are higher by 2-7 per cent," CS said.

Bharti Airtel, following the Supreme Court`s adverse verdict on the AGR (adjusted gross revenue) case, has paid Rs 100 billion on an ad-hoc basis. Further, it is in the process of self-assessment of AGR dues before the next hearing on March 17.

"Bharti Airtel has provisioned for Rs 353bn of AGR dues, 75 per cent of which are interest and penalties. We now factor in 50 per cent of Bharti Airtel`s AGR dues risk (vs 25 per cent earlier) in our valuations but given changing industry dynamics, also raise 4G and total subscriber forecasts by 7-14 per cent, the analyst firm said. (With inputs from IANS)

Good news for BSNL employees: March salary to come on time, board meeting on April 4