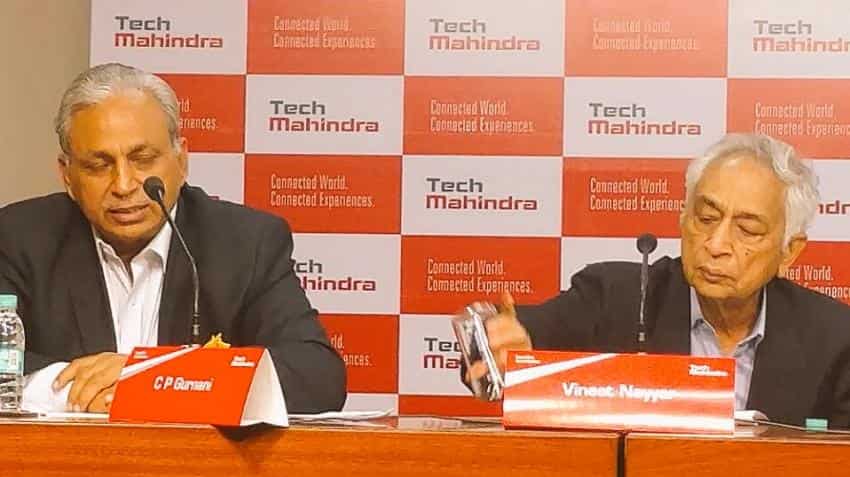 Tech Mahindra has suspended the appraisal cycle for senior-level employees possessing more than six years of experience pending a management review, The Economic Times reported on Monday citing sources from the company.

Tech Mahindra made the announcement on Friday last week on a webinar chaired by its Chief Operating Officer L Ravichandran, the report said citing three employees from Tech Mahindra.

The affected employees — who are typically team leaders and above — will have to wait at least two quarters before they are told if they should expect a wage increase,it added. “We thought the wage increases would be very bad but we did not expect this. At least, there are no large scale layoffs so far. That was also a worry,” the newspaper reported quoting a Tech Mahindra employee who was on the webinar, as saying.

According to The Economic Times report, Tech Mahindra confirmed the move but said the appraisals had not been postponed indefinitely and that the affected employees would be informed about their hikes after a management review.

“This decision is not related to our performance in the third quarter. This was an item of discussion and once there is a management review, the employees will be informed,” the report said quoting a Tech Mahindra spokesperson, as saying.

The report citing analysts further noted that Tech Mahindra is increasing its fresher intake to manage its pyramid and boost its margin.

“Indian IT has a problem because their pyramid is more bulky than it was in the middle. You don’t want the freshers to leave because you have invested in their training but if you can create a situation in which more senior employees start looking to leave then it works in your favour,” the news report said quoting an industry executive, as saying.