TCS' attrition rate was lower than the same period last year. The company had a higher number of nationalities join them in this quarter. 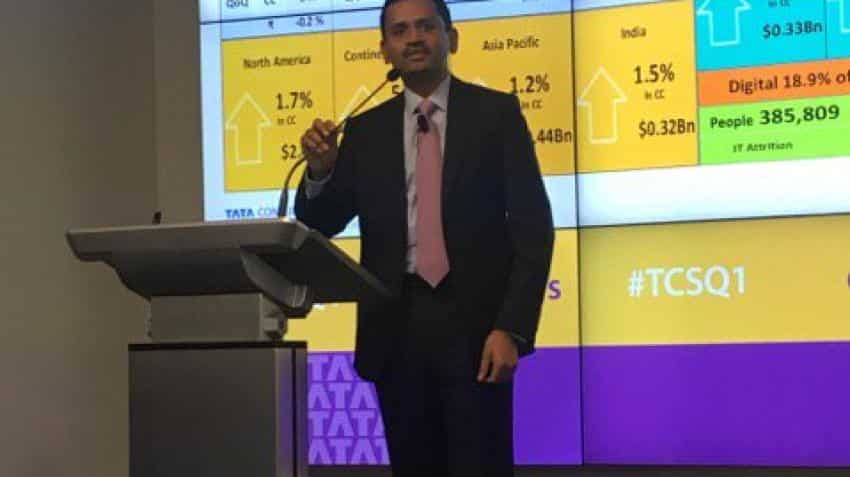 TCS, SBI, Bajaj Fin turned out to be most active stocks in sell-off sentiment today

“The percentage of women in TCS rose to an all-time high of 34.8% while the number of nationalities increased to 134," the result announcement on BSE read.

Last month the company said that it applied for only a third of H-1B visas in this year as compared to 2015. This was helped by increased hiring from engineering campuses and B-schools in the US.

The total employee strength at the end of Q1 was 385,809 on a consolidated basis. TCS added 11,202 new employees during the quarter.

The company will be consolidating its Lucknow operations.

A report by ANI cited that this would cause job losses of 2000 employees. However while announcing its results TCS said that there would be no job loss as a consequence in Lucknow.

"There will be no layoffs, We are committed to grow the business in UP, & are consolidating operations in Noida" - CEO Rajesh Gopinathan

TCS, SBI, Bajaj Fin turned out to be most active stocks in sell-off sentiment today