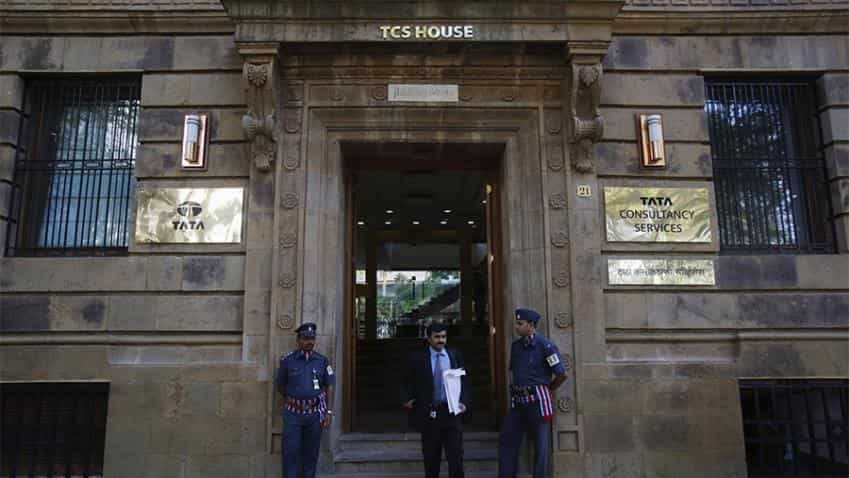 Tata Consultancy Services (TCS) share price surged a day after its Q4 result was announced. The surge allowed it to move closer to the $100 billion mark in terms of market capitalisation. TCS share price soared nearly 7 per cent today, adding about $6.2 billion to its market capitalisation. This also puts the IT major on the cusp of being the first listed Indian company to achieve this major mark. TCS market cap moved up by Rs 41,300.92 crore to Rs 6,52,082.92 crore (USD 98.8 billion). Now, just Rs 7,917.08 crore is required to make it a $100 billion company - all other things being equal.

In terms of equity volume, 7.72 lakh TCS shares were traded on BSE and over 92 lakh shares changed hands on NSE during the day.

TCS on Thursday reported a 4.4 per cent rise in March quarter net profit at Rs 6,904 crore. TCS contributes around 85 per cent of the Tata group's profit, and it reported a revenue growth of 8.2 per cent at Rs 32,075 crore for the three months to March. In dollar terms, the company had its highest revenue growth in 14 quarters at 11.7 per cent.

"In terms of market capitalisation, TCS has the largest m-cap and is ahead of companies like Reliance, HDFC Bank, ITC, Hindustan Unilever, HDFC, Maruti Suzuki and Infosys. At the closing price of April 20, TCS` m-cap is at approximately Rs 651,000 crore, which is 153 per cent higher than that of Infosys," Deepak Jasani, Head, Retail Research, HDFC Securities, told IANS.

It also announced a 1:1 bonus of shares and a dividend of Rs 29 a share, taking the total payout to shareholders at Rs 50 for the year. TCS has given out close to Rs 26,000 crore to the shareholders in dividends and bonuses in the year.