Uber recently announced that it is dropping the price of its UberGO service to Rs 6 per km in Delhi NCR from Rs 8 per km. 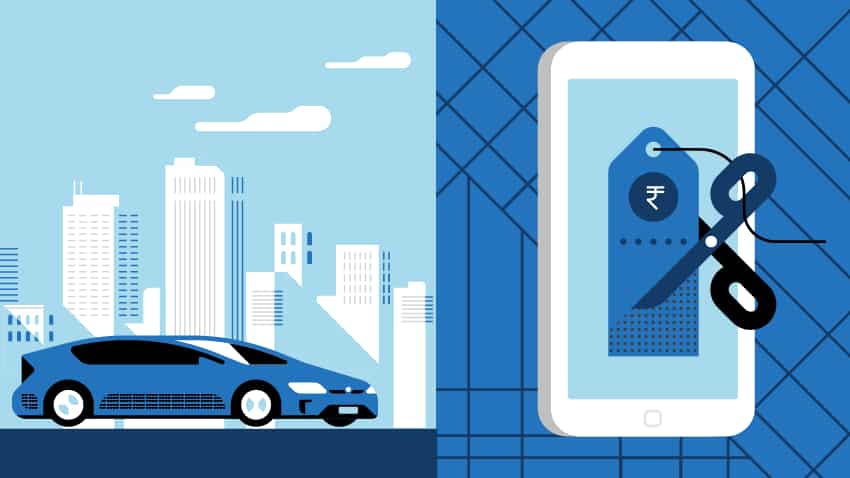 The price wars among taxi hailing apps have begun. Uber recently announced that it is dropping the price of its UberGO service to Rs 6 per km in Delhi NCR from Rs 8 per km.

This comes after Ola introduced the cheapest service pricing of Rs 6 per km for its Ola Micro service in February.

While UberGO's charges a base fare of Rs 40 for its rides, Ola Micro's base fare is at Rs 45.

This comes after Ola took the battle to Uber by offering the cheapest service.

Ola even said its Micro service had surpassed Uber's entire share in India in under seven weeks of its launch, according to a Mint report. However, this claim by Ola was not verified.

While both companies contradict each other in terms of citing market share figures, Uber's growth rate has been higher than Ola's in the last two years, according to Counterpoint Research. Uber's market share has now increased to 26.5% and Ola at leadership position is at 52% share, said the report.

However, the introduction of revised price of Ola Micro would surely have had an impact on Uber. A reason why four months later it decided to slash its rates of UberGO in Delhi NCR.

Uber has also cut the rates of UberGo in other cities too. The highest is in Udaipur and Jodhur for which prices have been cut by 22%. In Mangalore rates are slashed by 20%, Trivandrum and Ajmer by 18%, Ahmedabad 17%, Vizag 16%, Pune 15% and Indore and Pune by 9%.

While customers can sit back enjoy the ride due these price cuts, the impact will be felt on the earnings of these companies.

Currently, however, these two taxi hailing apps do not have much to worry about with fresh rounds of funding coming in. Ola is expected to raise $1 billion in fresh funding from existing investors Softbank, Sequoia Capital and DST Global, according to a Business Standard report. This investment will be used to defend itself from Uber, who recently received $3.5 billion from Saudi Arabia's Public Investment Fund.

Till the funding keeps up customers can expect to enjoy a cheaper ride.