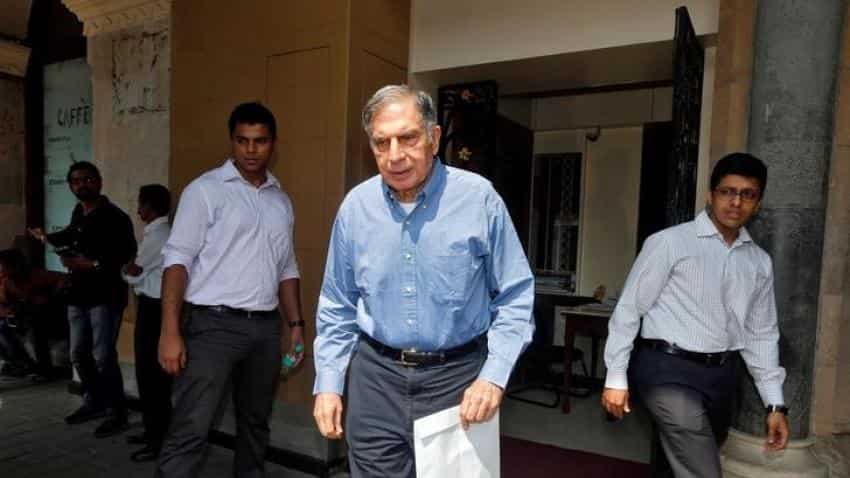 Tata Sons, holding firm of India`s $100-billion salt-to-software Tata conglomerate, launched a broadside on Thursday against its ousted chairman Cyrus Mistry, criticising his performance and removing him as head of the group`s flagship business.

In a nine-page statement, Tata accused Mistry of trying to take control of one of Tata`s units and creating distance between the promoter, Tata Sons, and its group companies.

It also blamed him for nearly causing losses and eroding shareholder value.

Sources in Mistry`s camp dubbed the Tata Sons` criticisms as "fallacious" and said they reflect "desperation."

The war of words between the two sides has escalated, as Tata attempts to convince the boards of Tata group companies, which it does not have majority stakes in, that it was justified in ousting Mistry as chairman of the conglomerate last month.

The Tata Sons board has already suffered two major setbacks, as the board of Indian Hotels last week, and that of Tata Chemicals on Thursday, both backed Mistry, saying he would remain chair of those group companies.

Tata Sons on Thursday axed Mistry as chair of its main cash cow Tata Consultancy Services (TCS), however, as it owns a stake of over 70% in that company.

The corporate power struggle is set to continue over coming days as Mistry remains chairman of other key Tata companies like Tata Steel and Tata Motors, whose boards are set to meet soon.

"It was fair expectation of Tata Sons that Mr Mistry would gracefully resign from the boards of other Tata companies," the group said in its statement, adding that his refusal to step down went against Tata`s values and ethos.

Mistry`s office did not respond to an emailed request seeking comment.

Mistry was axed as chair of Tata Sons in a boardroom coup last month, with family patriarch Ratan Tata brought back to helm the company temporarily.

Since then the camps have traded barbs on a regular basis, leading to a drop in share prices of listed Tata entities and sparking concern among shareholders and other stakeholders.

ALSO READ: Cyrus Mistry departed from the culture and ethos of the group, Tata Sons says

Tata Sons said on Thursday it had received queries from across the globe about its removal of Mistry as Tata Sons chair, and offered an explanation to provide the "desired perspective" behind the decision.

The group has criticised Mistry for his inability to turn around loss-making units during his four-year term, instead continuing to blame them as "legacy hot spots" and writing off huge amounts which have also not resolved the problem.

The company would have shown operating losses over the past three years, but for dividends from its flagship firm TCS, Tata Sons said, adding that "significant dependence" on TCS was a source of concern for its board.

Expenses, other than interest on debt, more than doubled to Rs 1.8 billion over the same period and impairment provisions have jumped to Rs 24 billion from Rs 2 billion , "indicating inability to stem falling values," it said.

Sources close to Mistry said Tata Sons used selective data in its representation. Mistry has also blamed Ratan Tata for some of the company`s biggest debacles and alleged failures in corporate governance at Tata Sons and some group companies.

Tata Sons has alleged that Indian Hotels` support for Mistry shows his "ulterior motive" of trying to gain control of the company with the support of the independent directors.

Sources close to Mistry dismissed the allegation, and said Tata had attempted to fault independent directors for demonstrating their integrity and independence.

Tata have now called an extraordinary general meeting of all Indian Hotels shareholders in an attempt to get Mistry removed as a director from the board.

Tata Sons has made several other allegations against Mistry, including a conflict of interest with Shapoorji Pallonji group, his family firm, which also owns a 18.41% stake in Tata Sons.

Sources close to Mistry said that Tata had nothing to show for its allegations of a conflict of interest and called them a smear campaign unworthy of either the Tata group or a response.