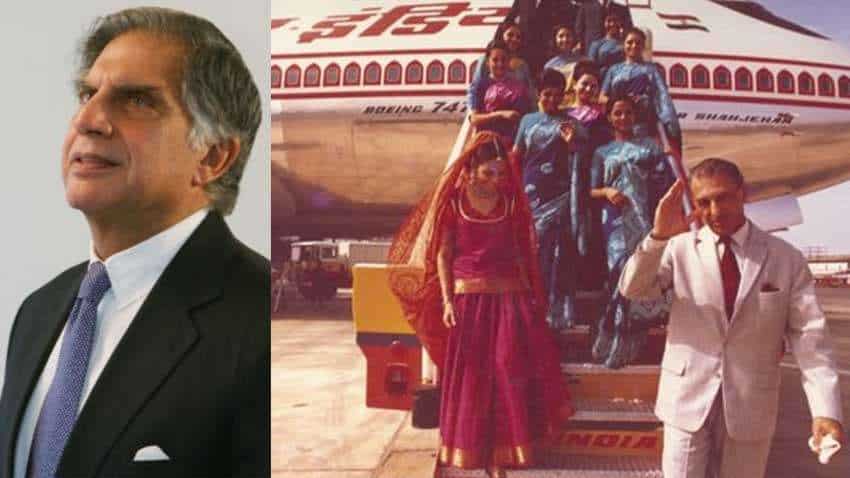 The DIPAM secretary said Tatas' bid of Rs 18,000 crore comprises taking over of 15,300 crore of debt and paying the rest in cash. Both bidders had quoted above the reserve price, he said adding the transaction is planned to be closed by December. He said a group of ministers comprising Home Minister Amit Shah, Finance Minister Nirmala Sitharaman, Commerce Minister Piyush Goyal and Civil Aviation Minister Jyotiraditya Scindia has cleared the winning bid for Air India on October 4.

This marks the return of Air India to the Tatas.

Tata shared an emotional note too. 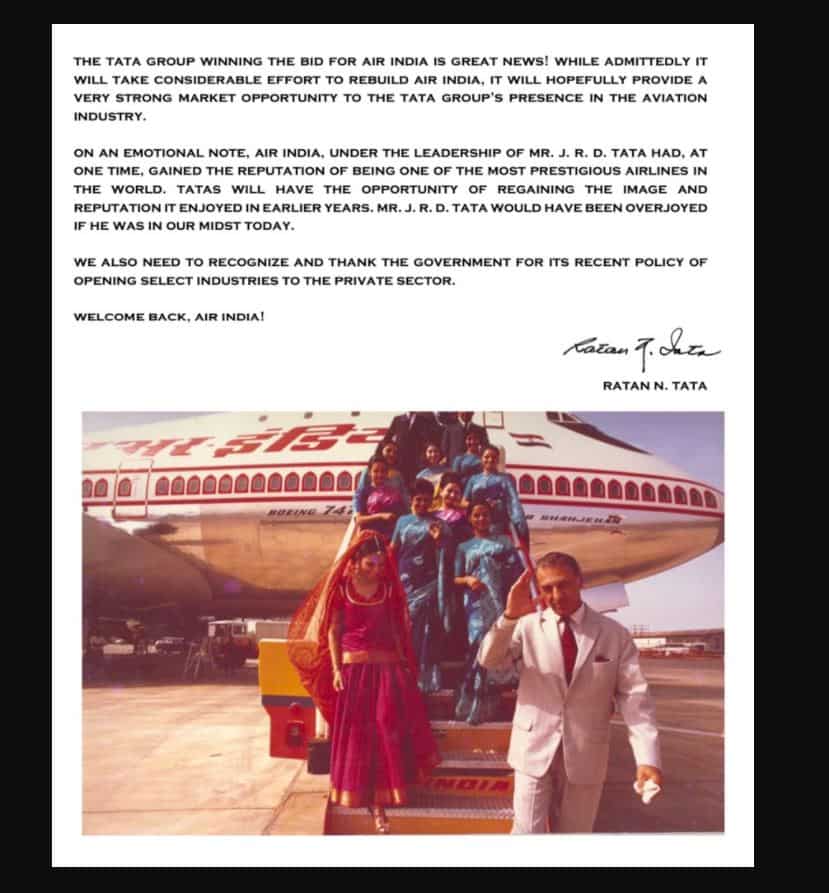 Jehangir Ratanji Dadabhoy (JRD) Tata founded the airline in 1932. It was called Tata Airlines then. In 1946, the aviation division of Tata Sons was listed as Air India and in 1948, Air India International was launched with flights to Europe.

The international service was among the first public-private partnerships in India, with the government holding 49 per cent, the Tatas keeping 25 per cent and the public owning the rest.

The government is selling 100 per cent of its stake in the state-owned national airline, including Air India's 100 per cent shareholding in AI Express Ltd and 50 per cent in Air India SATS Airport Services Private Ltd.