Tata Tele EGM on December 14 to remove Mistry as Director 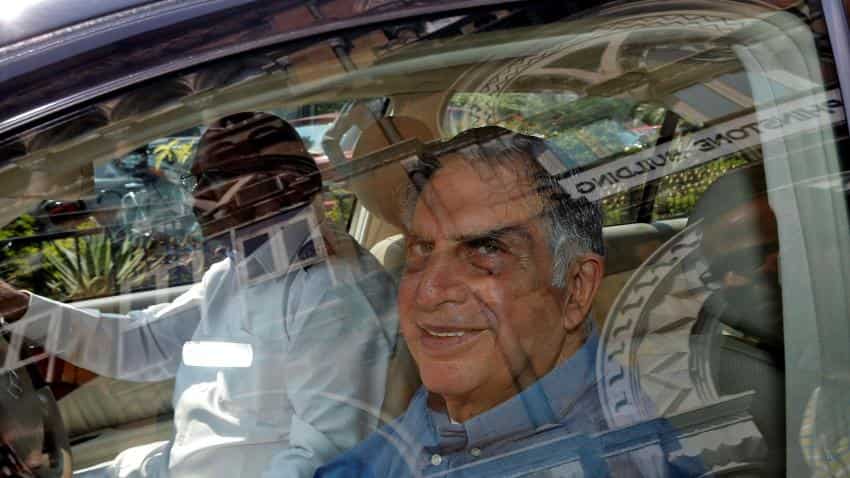 Mistry was sacked as Chairman of Tata Sons on October 24 and was replaced by Ratan Tata. Image Source: reuters

"Notice is hereby given that an extraordinary general meeting (EGM) of the members of Tata Teleservices on requisition of Tata Sons Limited which holds 36.17 per cent of the paid up equity share capital of the company, will be held on Wednesday, December 14, 2016 at 11 AM...," Tata Teleservices (TTL) said in a notice.

The meeting will held to remove Mistry as Director, it added.

"Resolved that pursuant to Section 169 and other applicable provisions of the Companies Act, 2013 and the rules framed thereunder, Mr Cyrus P Mistry...Be and is hereby removed from the office of Director of the company with effect from date of this meeting," the notice said.

Mistry was sacked as Chairman of Tata Sons on October 24 and was replaced by Ratan Tata, from whom he had taken over the reins of the over USD 100 billion salt-to-software conglomerate four years ago.

Since then, Tata Sons - the holding company of the USD 103 billion salt-to-software conglomerate - has sought to remove Cyrus from its group operating companies.

Since then there has been a continuing war of words between Mistry and the Tatas, even as the latter now seeks his removal as Director of other Group companies.

Ratan Tata camp has alleged Mistry mishandled dealing with TTSL's Japanese partner NTT Docomo, which led to the matter reach an international arbitration tribunal in London with an adverse verdict.

Tata Group is now entangled in a legal tussle with Japanese firm NTT DoCoMo. Mistry, however, has denied allegation levelled by Tata's camp.

In its explanatory statement, TTSL said that the requisitionist (Tata Sons) has said subsequent to his replacement as Executive Chairman of Tata Sons, Mistry has made certain unsubstantiated allegations which cast aspersions not only on Tata Sons and its board of directors but also on Tata Group as a whole of which TTSL is an integral part.

"The communication which was marked as confidential was made public. Mr Mistry's conduct has caused enormous harm to Tata Group, TTSL and its stakeholders including employees and shareholders.

Consequently the board of directors of Tata Sons by its resolution dated November 9 has resolved to propose the removal of Mr Mistry as director of TTSL," the statement said.

It also said, "TTSL, of which Tata Sons is a promoter, forms an integral part of the Tata Group and enjoys the right to use Tata brand by virtue of Tata brand equity and business promotion agreement entered in to between TTSL and Tata Sons. Substantial goodwill and benefits accrue to TTSL by such usage and association with Tata Group."