Tata announced on Monday that it was investing 85 million pounds in its UK business this year. 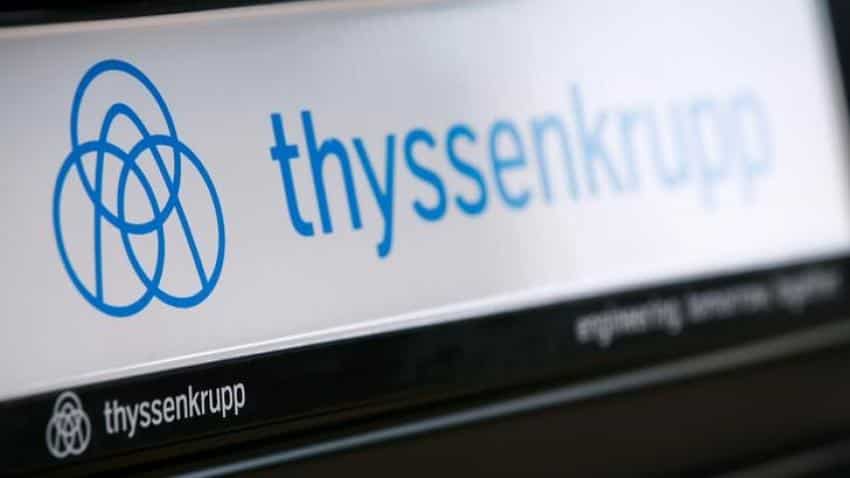 Tata Steel and Thyssenkrupp are looking at reducing the size of Britain`s largest steel plant in Port Talbot, Wales, industry sources said, as the two firms press ahead with plans to merge their European steel operations and deal with the overcapacity afflicting the industry.

The move could see one of Port Talbot`s two blast furnaces shut, halving the plant`s capacity. Up to 4,000 people are employed at the site.

An industry source close to Thyssenkrupp`s board said the German group expected the struggling plant to be downsized in the event of a merger, without specifying by how much.

Two senior officials from the Community labour union said in a message emailed to union members last week and seen by Reuters, that Tata has only pledged to keep the two blast furnaces at Port Talbot running for three years, at which point one of them is due to close in the absence of further investment.

"Three years is nowhere near enough. Our line in the sand has always been keeping two blast furnaces running (long term). We want guarantees and besides, they`ve given us guarantees before that haven`t materialised," said a union source.

Indian-owned Tata Steel, which employs 11,000 people in Britain, said it could not comment on speculation over its merger plans, while Thyssenkrupp declined to comment.

"The most important thing for us is that by a consolidation and by the underlying plan we can address the issues of overcapacity," Thyssenkrupp`s chief financial officer Guido Kerkhoff said last week, in reference to the merger.

The fate of the Port Talbot plant has been up in the air since Tata Steel said in March it planned to sell all of its loss-making British assets. In July, however, it announced it was in talks with ThyssenKrupp about creating a joint venture for its European operations.

Port Talbot was losing 1 million pounds a day in the financial year which ended in March but has been making an operating profit since then, thanks to a weaker pound, higher steel prices and cost cutting. Separately, the union chiefs said in their email that Tata Steel planned to start formal talks "within weeks" about closing its costly defined benefit UK pension scheme to future accruals.

The Thyssenkrupp merger plan hinges on Tata striking a deal with the British government to separate itself from the deficit-laden pension scheme.

Union leaders said in the email that they would ballot for industrial action if Tata unilaterally triggered a 60-day consultation on closing the scheme without their agreement on outstanding matters.

The union is seeking assurances on the long-term future of Port Talbot and is opposed to the pension scheme being spun off due to concerns that it would be taken over by the Pension Protection Fund (PPF), which would cut current employees` pension benefits.

Tata and the UK government are looking at the PPF option, and pensions experts say closing the scheme to future accruals is a necessary first step to achieving that end and plugging the scheme`s deficit.

Tata`s British Steel Pension Scheme is one of Britain`s largest defined benefit schemes with over 130,000 members.

Its deficit was estimated at 50 million pounds last October, though it stood at 700 million pounds earlier this year and could easily balloon again, depending on market conditions.
Thyssenkrupp, which has long been seeking to reverse the decline in its own steel business, has insisted it is not prepared to take on Tata`s pension liabilities.

Tata announced on Monday that it was investing 85 million pounds in its UK business this year but the plan did not include any investment in Port Talbot, other than funds for an environmental scheme for its power plants.

Union leaders said Tata Steel was planning to invest 100 million pounds in the UK going forward, but only if the business, which has consistenly posted losses since the financial crisis, makes 200 million pounds worth of profits.

A pensions expert said any promise of investment from Tata Steel could be used as a negotiating tool to encourage the government to shift the pensions scheme into the PPF.

Tata`s view would be "we will invest - you do your part of the bargain," said Richard Farr, managing director at Lincoln Pensions.

"There has to be some sort of compromise over the deficit. They are doing their bit, now its the government`s turn."

Tata`s parent, Tata Sons, is embroiled in a bitter boardroom battle putting it under even more pressure to stem the billions of dollars of losses it has made since entering the EU steel sector in 2007, a year before the financial crisis.