Tata Steel on Thursday reported a sharp 84.37 percent fall in consolidated net income at Rs 2,295.25 crore for the three months to March due to high base last year. 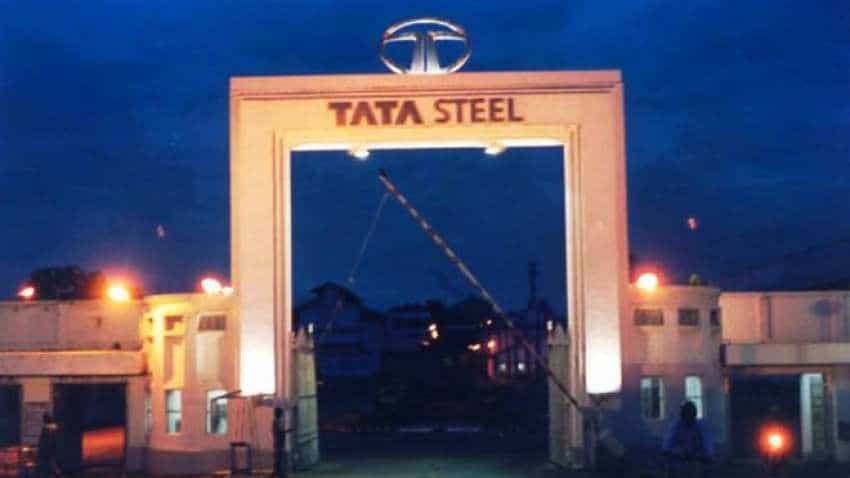 The largest alloy-maker Tata Steel on Thursday reported a sharp 84.37 percent fall in consolidated net income at Rs 2,295.25 crore for the three months to March due to high base last year. The company had booked a net income of Rs 14,688.02 crore in the corresponding quarter of the previous fiscal, boosted by an "exceptional" gain of Rs 11,376 crore, including a non-cash gain of Rs 14,077 crore on account of the restructuring of the British pension scheme in the March quarter of FY18, the company said.

Total expenses stood at Rs 38,728.87 crore during the quarter under review as against Rs 30,237.22 crore a year ago. Meanwhile, the company also announced the merger of Bamnipal Steel and Tata Steel BSL with Tata Steel, managing director and chief executive TV Narendran said, adding the shareholder of the merging companies will get one share of Tata Steel for every 15 shares they own.

"The proposed merger, subject to regulatory and shareholders approvals, of Tata Steel BSL with Tata Steel will accelerate operational synergies and simplify our corporate structure," Narendran said. He also said the 5-mt Kalinganagar phase II expansion will help the company further consolidate its domestic presence and strengthen the financial performance.

"We are excited about the recently completed acquisition of the 1 mt specialized steel business of Usha Martin which is an important milestone in our plans to grow our long products business," Narendran said.

He further said despite subdued steel market and weak growth in its key customer segments during the year, domestic volume grew over 33 percent, leading to an improvement in the overall profitability and cash-flows.

On its proposed joint venture with ThyssenKrupp in Europe, Narendran said, "we continue to work closely with the European Commission on seeking approvals. The Commission has issued its 'statement of objection' for which both Tata Steel and Thyssenkrupp have recently submitted a comprehensive package of proposed remedies."

During the fourth quarter, the company reduced its consolidated gross debt by a further Rs 8,781 crore, Chatterjee said, adding they have set a target of a further reduction in gross debt by another USD 1 billion in FY20.

"Despite liquidity issues in the domestic market, we could extend our debt maturity profile by successfully raising Rs 4,315 crore through a 15-year NCD issue and completing the long-term financing for Tata Steel BSL," he added.

He further said the company has progressed significantly on its goals in FY19 with strong operating performance, realignment of its domestic portfolios and achieving a significant deleveraging of its balance sheet.

Narendran also said their operating entities in Southeast Asia have been classified as "assets held for sale", and that the process for 70 percent divestment is expected to be completed in the first quarter of this fiscal.

Ahead of the earnings announcement, the Tata Steel counter shed nearly 3 percent at 510.10 on the BSE, against a 0.86 percent correction in the benchmark Sensex.