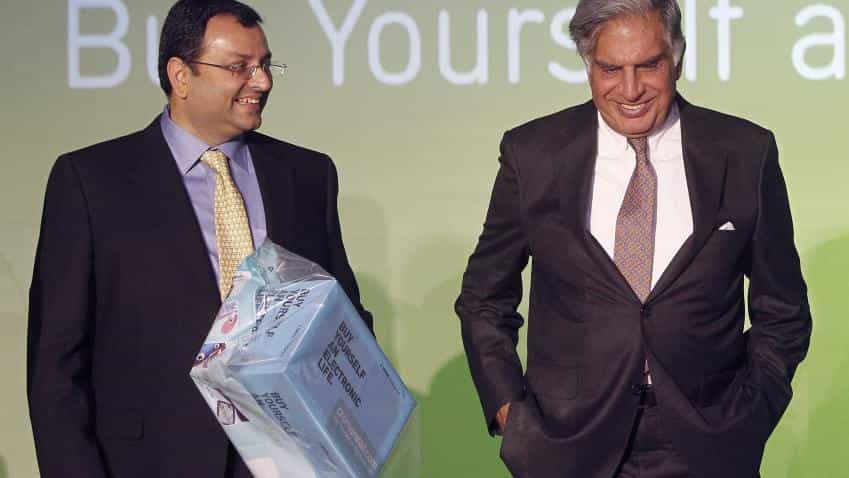 Updated with comments from sources close to Cyrus Mistry.

Sudden ouster of Cyrus Mistry, ex-chairman of Tata Sons on October 24, who was left with little or no explanation of his removal raised questions regarding the decision of Tata Group’s holding company.

Addressing this uncertainty, the group in a statement on Thursday said, “We understand and appreciate that a period of change like this can lead to a sense of uncertainty and would like to put forward some facts so that the decision is seen in the desired perspective.”

Back in 2010, when the Selection Committee was looking to hire a new chairman to the board of Tata Sons’ group they were looking for someone who had experience of running large and diverse companies.

“…the Committee’s original objective was to look for a person with the experience of running large (and preferably diverse) businesses with considerable international exposure and other criteria,” Tata Sons said.

Cyrus Mistry’s proposals that seemed relevant at the time and failure to find another candidate resulted in the committee recommending him.

“During the meetings, Mr. Mistry made many relevant comments and submitted a detailed note in October 2010 setting out his views on how a large and complex group like Tatas should be managed and gave a comprehensive management structure with details of the composition and objectives of each component of the structure. This fitted with the views of the Committee and having failed to find an alternative candidate, the Committee decided to recommend Mr. Mistry partly because of his  recorded views and plans and also his association with the group,” Tata Sons said.

During his tenure of being an Executive Vice Chairman for a year and an Executive Chairman for almost four years, the group said that he was well aware of the problems within the company but continued to use the company’s public relations to label them as ‘legacy’ issues and to emphasize the supposedly good work being done by him.

Tata Sons said that there was no noticeable improvement in the group’s three ‘problem’ companies performance - Tata Steel Europe, Tata Teleservices/Docomo and the Indian operations of Tata Motors

“After four years, it is unfortunate that hardly any of his major views on the management structure (which had impressed the Committee favorably) have been implemented,” Tata Sons said.
The group also pointed out that the group under Mistry’s leadership was intolerable to critical reports about the actions taken under his guidance.

Hinting at the inexperience possessed by the now ousted chairman, the group said Mistry was paid obscene amounts for doing common service roles despite of being in the management position.

“Insiders in Bombay House who have been with the group for many years silently and helplessly watched the conscious departure from old, proven and successful structures within the group and the induction of very senior executives from outside the group with little or no experience of running large companies and being paid amounts reportedly running to several crores for purely functional positions at the very top,” Tata Sons said.

Responding to Zeebiz queries, sources close to Cyrus Mistry said,"The Tata Sons statement reflects desperation. The statement admits receiving 'emails and calls from many across the globe since the Board decided to change the Chairman.'  All the 'reasons' in the letter, would have, and should have, been tabled and recorded in the minutes of the many Tata Sons board meetings held over four years of Mr. Mistry’s Chairmanship. Unfortunately for them, no such record exists because these allegations are simply not true."

Mistry has also been blamed for taking credit for ‘supposed’ good work by harping on the achievements of the group’s crown jewels – Tata Consultancy Services and Jaguar Land Rover, which is a wholly owned subsidiary of Tata Motors.

“These two companies probably account for around 50% of the total turnover and probably over 90% of the total profits of the whole group and have been performing successfully continuously over the past many years, for which Mr. Mistry cannot take credit,” the group said.

Commenting on Mistry's refusal to step down from the boards of other Tata companies, Tata Sons said, "Mr. Mistry conveniently forgets that he was appointed as the Chairman of the Tata
operating companies by virtue of and following his position as the Chairman of Tata Sons. ...However, his departure from these requirements and conduct since his replacement as
Chairman of Tata Sons demonstrates his absolute disregard of longstanding Tata traditions, values and ethos."

"The 'reason' (for Cyrus Mistry's ouster) were not tabled even on October 24. That after 17 days, this is the best that can get said is heart-warming," sources close to Cyrus Mistry said.