Buying Jet, with its fleet of 124 aircraft, would return Tata to the forefront of Indian aviation in terms of size, almost 70 years after its first airline was nationalised, and six years after it re-entered the market with two joint ventures. 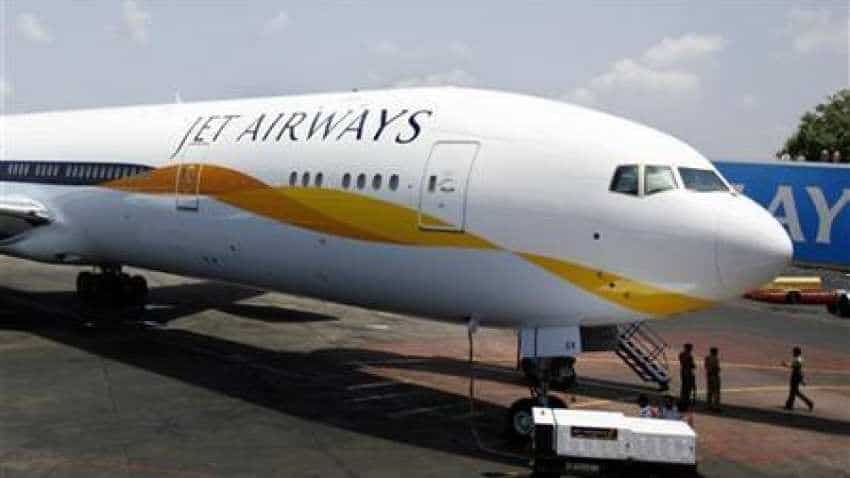 Tata Sons Ltd is in pursuit of a controlling stake of debt-laden Jet Airways Ltd, a purchase which could transform India`s largest conglomerate from airline fringe player into the country`s dominant, full-service international carrier.

Tata is weighing up the economic viability of a deal which would make it Jet`s decision-maker, necessitating the departure of the airline`s founder, people aware of the talks have told Reuters. Tata declined to comment on the matter. "There are compelling reasons but any deal with Jet is opportunistic," one of the people said. "Tata needs to see if it fits into its overall aviation strategy."

Buying Jet, with its fleet of 124 aircraft, would return Tata to the forefront of Indian aviation in terms of size, almost 70 years after its first airline was nationalised, and six years after it re-entered the market with two joint ventures.

However, Tata will also take on an airline which reported its third consecutive quarterly loss on Monday and owes money to vendors and employees alike. With liabilities exceeding assets, Jet`s accountants prepared its financial results on a "going concern basis" assuming the airline receives a capital injection.

"If Tata is into aviation then they are in it completely or it does not make sense," said an industry executive, who declined to be identified as the deal was not yet final. "Combining Jet with its own airline will give Tata the scale and size it typically operates at in its other businesses."

Tata`s businesses are as varied as IT services and car-making. In aviation, it runs the Vistara full-service carrier together with Singapore Airlines Ltd, which applied to begin international flights earlier this year.

Tata would likely seek to combine Vistara with Jet, three of the people said, thereby achieving international expansion in a fraction of the time it would take organically.

"If you have to make sure that Vistara is given a leg up, this acquisition is perfectly in line," the industry executive said. "It will move the airline from one extreme to another."

MARKET GROWTH
India`s airlines are increasingly looking abroad in search of better returns as price competition intensifies domestically, while a weaker rupee and rising fuel costs have wrought havoc on the finances of carriers such as Jet.

Nevertheless, India`s aviation market is likely to clock an annual passenger growth rate of 10 to 12 percent this year on international flights and 18 to 20 percent domestically, showed forecasts from aviation consultant CAPA.
"Despite the challenges faced by the aviation sector, the wider macro-economic conditions remain strong," CAPA said in a client note. "With airlines offering low fares, demand for travel will be stimulated."

Should a deal with Jet succeed, Tata would gain access to hard-to-get parking slots at Mumbai`s congested airport, most of which are occupied by the 25-year-old airline.

However, Tata would also inherit a company struggling to make any money, and whose survival is crucial for the host of lessors from which it leases over 100 of its aeroplanes. The airline also has 225 Boeing Co 737 MAX jets on order.

Jet on Tuesday said it is seeking funds by raising equity and selling a stake in its loyalty programme.

"We are actively pursuing both the transactions and are currently at various stages of discussions with multiple interested parties," Chief Financial Officer Amit Agarwal told analysts. He called the Tata talks "speculative".