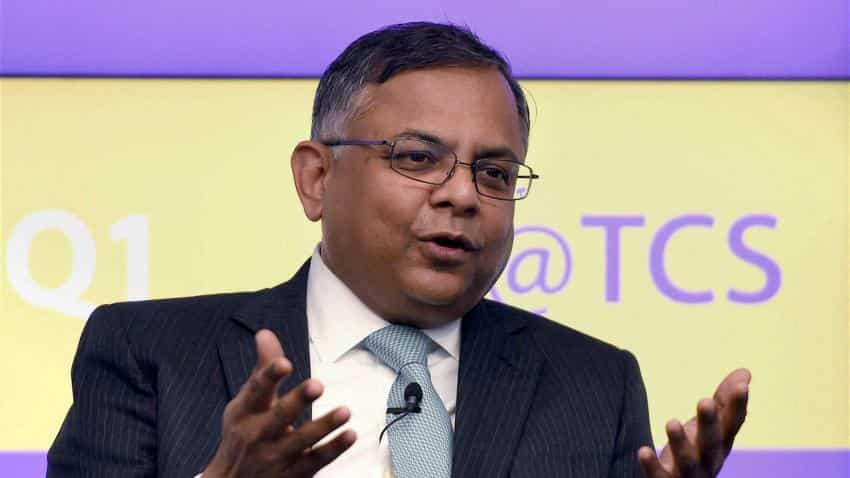 "The Board of Directors of Tata Sons, at its meeting today, appointed Mr N Chandrasekaran as Executive Chairman," cited Tata Sons in a press release.

Chandrasekaran will take the charge from February 21 this year, it said.

"Mr Chandrasekaran has demonstrated exemplary leadership as the chief executive officer and managing director of Tata Consultancy Services (TCS). We believe he will now inspire the entire Tata Group to realise its potential acting as leaders in their respective businesses, always in keeping with our value system and ethics and adhering with the practices of the Tata Group which have stood it in good stead,” the Board of Tata Sons said in a statement.

Chandrasekaran was the chief executive officer and managing director of Tata Consultancy Services (TCS) since 2009. He had joined the company in 1987. He was appointed as a director on the board of Tata Sons on October 25, 2016.

“I am humbled and honoured to be chosen to lead a truly great institution that occupies a unique position in the hearts of people in India and the world. I am proud to have been part of the Tata family for over 30 years and assuming this position is a great privilege," Tata Sons chairman-designate N Chandrasekaran said on his appointment in a release.

“I want to thank the Tata Sons Board and Mr Ratan N Tata for their confidence in me to lead this trusted institution that has a rich heritage. At the Tata group, we are at an inflection point. I am aware that this role comes with huge responsibilities. It will be my endeavour to help progress the group with the ethos, ethics and values that the Tata group has been built on,” he added.

After the company in a surprise move suddenly announced removal of its former chairman Cyrus Mistry from the company's board in October 24 last year, Tata was in the search of new personnel to fill the post from its group companies.

Tata Sons had brought back Ratan Tata as its interim chairman.

Following Tata Sons move, other Tata Group companies too decided to remove Mistry from their companies' board last year.

TCS announced removal of Mistry as the chairman of the board of directors with an immediate effect and appointed Ishaat Hussain as the new chairman of the company on November 10 last year.

Besides, only board members of two firms of Tata Group-Tata Chemicals and Indian Hotels Co- reposed faith in Mistry's leadership as the chairman of their respective companies.

Tata Steel removed Mistry as chairman of board of directors of the company with an immediate effect on November 25 and replaced him by an independent director O P Bhatt as the new chairman till the outcome of the extraordinary general meeting (EGM) of the company.

Finally, on December 19, Mistry wrote a three-page letter to all shareholders and announced to resign from the boards of all listed Tata Group companies whereby hinting at plans to continue his battle against Tata Sons in the court.

Reacting to Mistry's petition, Tata Sons filed a legal notice against Mistry on December 27 last year, accusing the former chairman of the Tata conglomerate of breaching confidentiality rules, according to a letter from Tata Sons' law firm seen by Reuters.