Since the first test was a success, the second level of commercial pilot will happen soon in Shimla city. 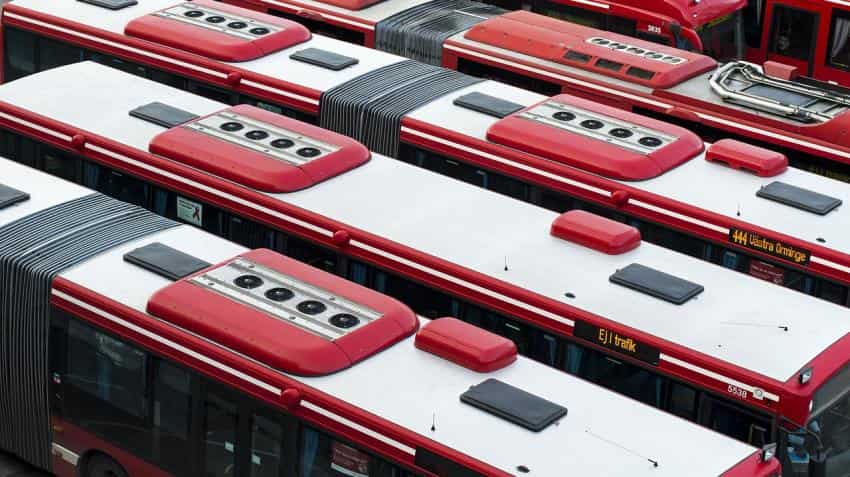 Tata Motors started commercial test drive of its first batch of electric buses under the Marcopolo brand in Shimla over the weekend.

"Last Friday we successfully piloted our first electric bus in Shimla. It was carried out jointly with the Himachal Road Transport Corporation and the state transport department.

"The 9-meter bus, with a seating capacity of 31 people, was piloted on the Parwanu-Kalka route with the round- trip distance of 160km with no charging en-route," A K Jindal, head of engineering, commercial vehicles, Tata Motors told PTI.

Since the first test was a success, the second level of commercial pilot will happen soon in Shimla city, he added.

Jindal said the vehicle is a success is clear from the fact that the Himachal state utility has decided to increase its order for these buses to 75 from the original order of 25.

Asked when will the commercial production begin, he said as soon as the firm orders are in they can start production. The manufacturing will happen at its Dharward plant for chassis and the body will be built at the Automobile Corporation of Goa facility, a joint venture between the Tatas and the Goa government.

The country's largest bus-maker has priced the 9-meter e-bus at around Rs 1.6 crore, while the 12-meter one will cost about Rs 2 crore. These are the rates that its nearest rival Ashok Leyland also charges.

Leyland had unveiled its e-buses, called the Circuit series, last October, becoming the first in the country to indigenously make such vehicles. The company reportedly piloted the bus in the Rohtang Pass area recently.

Asked about the battery, Jindal said they are Samsung cells sourced from China but the design is fully indigenous.

Whether the company is in talks with any other state, he said soon these buses will be tested in Delhi, the Manali- Rohtang Pass and also Shimla.

Meanwhile, Jindal said the company has won orders from the MMRDA (Mumbai Metropolitan Region Development Authority) for supplying 25 hybrid buses, the supply of which will begin soon. These are also made at Dharward and Goa, and are priced at Rs 2 crore.

Hydribd will also be tested in Delhi, Nagpur, and Chandigrah, he said, adding these are on Tata Starbus label, he said.

Of the Rs 500 crore capital expenditure lined up for the bus business, the Chennai-based company plans to spend 10 per cent of it on electric buses.