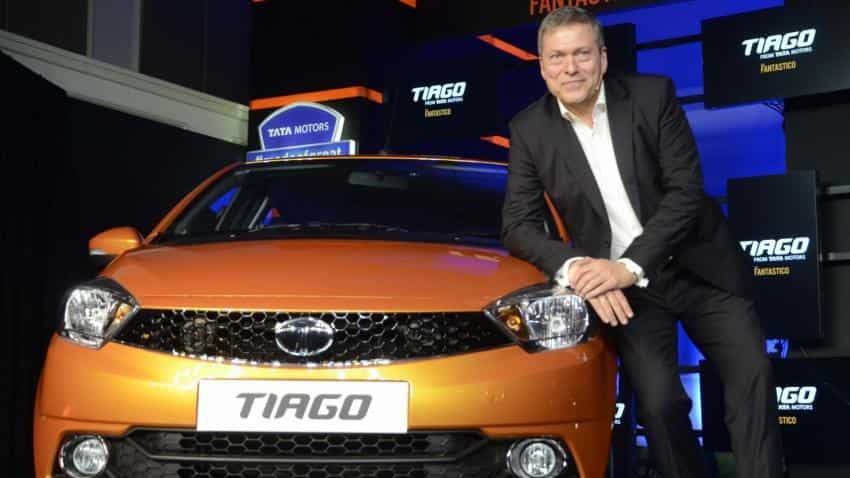 Tata Motors on Saturday reported an 8% increase in total sales at 48,648 units in September.

The company sold 45,215 units in the same month last year.

Domestic sales of Tata Motors' commercial and passenger vehicles grew 5% to 42,961 units in September over the same month of the previous year.

Sales of passenger vehicles in the domestic market grew 24% to 14,601 units last month as against 11,732 units in the year-ago period, Tata Motors said in a statement.

Mayank Pareek, President-Passenger Vehicles Business Unit at Tata Motors, told PTI, "Our sales have been spread across models. While Tiago is doing well, our existing products are also doing well. While Tiago has acted as the pull-factor, other models are also getting good sales, our footfall has increased by 34%."

This growth has come in a month, which also happens to have the inauspicious period of Shradh. Sentiments are getting better, interest rates are decent and fuel prices are more or less stable, he added.

"This will be a good festive season for us and we hope it will continue to October and November," he said.

For the industry, Pareek said in the first half of the fiscal, sales have grown by 12.2% at about 1.49 million units.

"Going by this trend, the Indian auto industry could cross the 3 million units mark this year," he added.

In the commercial vehicles segment, the company's domestic sales were down 2% at 28,360 units, Tata Motors said.