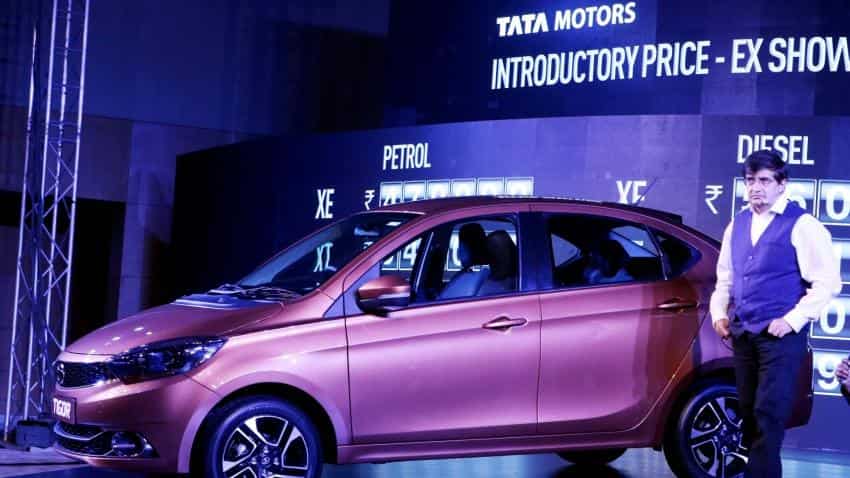 Automobile major, Tata Motors is set to announce its financial result for the quarter ended on March 31, on Tuesday.

Till now, automobile industry has witnessed mixed result in Q4FY17. The industry saw a slow recovery from the impact of demonetisation to be suddenly be hit by another catastrophe, ie the Bharat Stage III vehicle ban by the Supreme Court.

Experts have mixed outlook for the company's balance sheet. According to Edelweiss research report, the company is likely to post consolidated revenue growth of 2% on year-on-year basis.

It expects consolidated margins to improve by approximately 230 basis points sequentially to 9.9% driven by strong margin improvement in Jaguar Land Rover, which was nearly 300 basis points on quarter-on-quarter basis improvement to 12.2%.

"For domestic business, we assume a one-time impact of Rs 2.1 billion to factor in higher discounts to clear the BS-III inventory," the report said.

On the other side, Motilal Oswal in its research report said that JLR's volume to be nearly 6% year on year led by phasing out of discovery volume.

"Net realization should increase by approximately 14% YoY (flat QoQ) led by ramp up of F-Pace and increase in share of China. EBITDA margin would decline 550bp YoY (+140bp QoQ) to 10.7% led by Pound 650 million of forex hedge loss estimated for the quarter along with phasing out cost of Discovery," the report said.

Moreover, the experts expect margins to likely decline by 480bp yoy and 180bp qoq to 3.3%, as share of commercial vehicles decrease and higher commodity cost.

"We have reduced EPS estimate of FY18E/FY19E by 18%/12%, led by higher interest cost & depreciation at standalone level, and expected moderation in CV growth," it said.

Tata Motors in April reported a growth of 23% in its domestic passenger vehicle sales. It said its growth momentum continued at 12,827 units due to an encouraging response for its recently launched lifestyle utility vehicles (UV), Tata Hexa and its latest sedan the Tata Tigor.

The Tata Tiago too continues to maintain good order pipeline.

However, Tata Motors said that the commercial vehicles (CV) were affected by the Supreme Court judgement announced the ban on the Bharat Stage-III sales, leading to the need for a higher quantity of BS-IV stock for April sales.

“The higher demand at short notice, was not met in production, as vendors struggled to meet with the higher demand, especially in the MHCV segments,” the company had said in a statement.