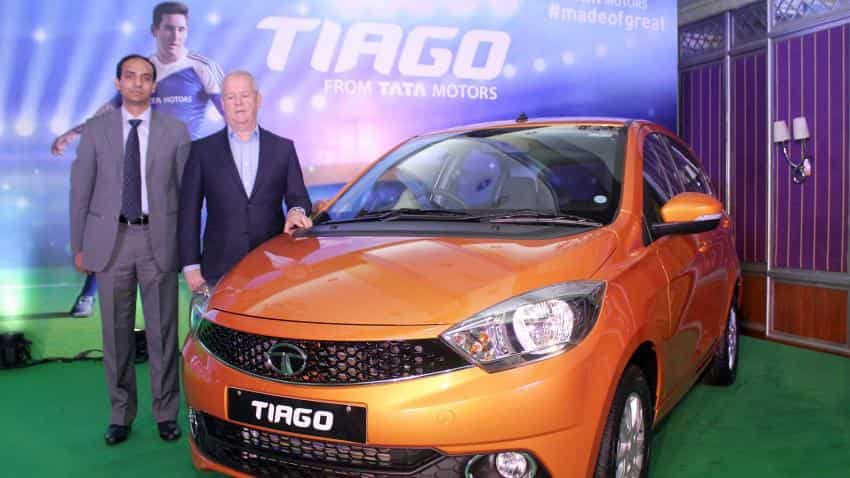 The commercial vehicles business too registered the highest sales in this year, a jump of 15% at 30,169 units. Photo: IANS
Written By: ZeeBiz WebTeam
RELATED NEWS

Key highlights:
Passenger Vehicles business recorded highest sales in the last four years with over 28% growth, due to strong demand in festive season

Commercial Vehicles business records highest sales this year with growth of 15%
MHCV sales recovered to grow by 9% in October after 4 months of negative growth.
LSCV strongly continued the growth trend in FY17 with a growth of 21% vs last year, owing to strong festive demand
Export business growth bolstered by 39% led by strong demand for Tata Motors commercial vehicles

Amidst the ongoing turmoil in Tata Group, its automobile arm Tata Motors on Tuesday said that the total sales of company's passenger and commercial vehicles in October 2016 rose by 21% to 52,813 units over 43,486 units sold in October 2015.

The commercial vehicles business too registered the highest sales in this year, a jump of 15% at 30,169 units and LCVs grew by 21% on the back of rise in demand. The MHCV sales reversed the trend and grew by 9% after four months of decline.

"The passenger car sales continued its growth momentum due to strong demand for the recently launched Tata Tiago with retail showing an increasing trend. Cumulative sales growth of all passenger vehicles in the domestic market, were 88,976 units, a growth of 15%, compared to 77,465 units, in October 2015", the company said.