Tata Motors' recovery mainly in the MHCV segment has helped push the entire CV segment due to it being the leading player. 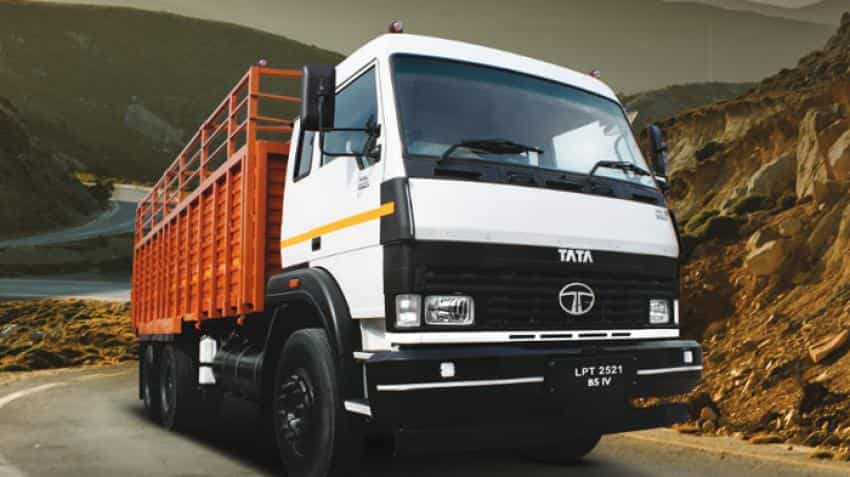 The main surprise was the growth in Tata Motors' CV sales which saw its domestic sales rise up by 34.53% at 31,566 units last month as against 23,464 units in the year-ago period.

The second largest commercial vehicle manufacturer, Ashok Leyland, too posted a large growth in sales during the month of August.

However, the main reason was the recovery in sales of Tata Motors' commercial vehicles segment.

Tata Motors' MHCVs witnessed strong pick-up in demand (52% YoY to 10,926 units) on the back of continuously increasing acceptance of the SCR technology and higher demand for tucks and tippers, said a HDFC Securities report.

Tata Motors Head Commercial Vehicle Business Unit Girish Wagh attributed the reason for this large growth in sales due to increased imposition of restrictions on overloading, growing momentum in infrastructure, mining and construction segments that have boosted the demand in the MHCV segment.

Tata Motors, which is the largest manufacturer in the MHCV segment, has 52% market share, followed by Ashok Leyland with 29% market share.

Tata Motors has been struggling recently in its MHCV segment and had seen its market share slip and was even losing ground to competitors such as Ashok Leyland.

The company even highlighted this in its annual meeting recently and now looks to focus more on the commercial vehicle segment, given that it is the primary revenue earner for the company.

Wagh said, “In line with our turnaround strategy, we will be introducing new products and will continue to undertake appropriate measures to improve our performance across segments.”

A slew of policies implemented recently had impacted the companies MHCV sales, starting from demonetisation to the Bharat Stage IV transition and the roll out of the goods and service tax (GST).

Tata Motors' domestic CV sales in April had declined by a large 36%, while in May it declined by 13%.

During the month of May MHCV truck sales declined by 40%, which was primarily affected due to severe global supply constraints of fuel injection pumps for BS4 engines, said the company.

However, in June it managed to make an improvement with only a 2% decline in CV sales and the MHCV sales grew by 1%.

By July it has improved as its CV segment posted a 15% growth in July due to ramp-up in BS4 production across segments. Sales in the MHCV truck segment grew by 10% in July.