Tata in race against time to save global image 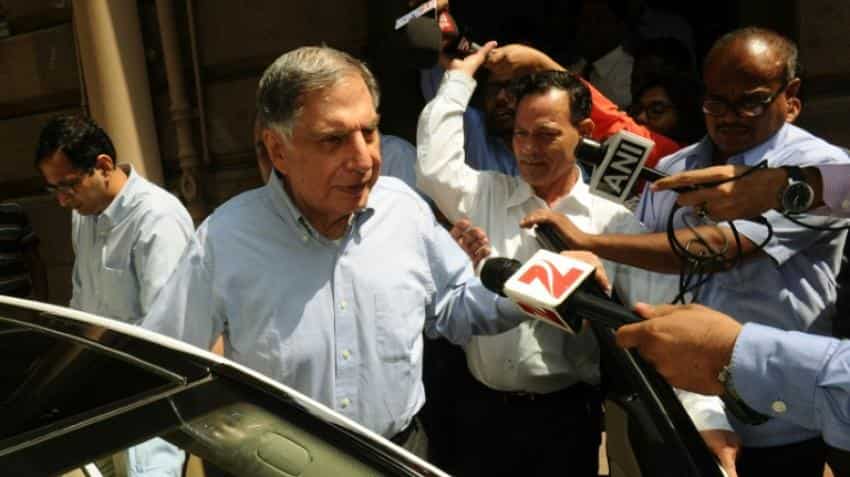 Tata in race against time to save global image. Pic: AFP
Written By: AFP
RELATED NEWS

India`s largest conglomerate Tata faces one of the most turbulent periods in its long history after its shock decision to sack its chairman, analysts say, as it battles to save its global reputation.

Seventy-eight-year-old patriarch Ratan Tata dramatically returned to the helm of the family business this week after he became upset at the direction Cyrus Mistry was taking the sprawling group.

The abrupt sacking Monday, out of character for the 148-year-old organisation, has plunged the $100 billion conglomerate into acrimony and highlighted its divisions at a time when it faces major financial challenges.

"Tata group is going through an economic crisis and most of its businesses are not performing well," G. Chokkalingam, managing director at Mumbai-based Equinomics Research & Advisory Pvt, told AFP.

One of its worst performers is Tata Steel, which last month reported a quarterly net loss of almost 32 billion rupees (US$475 million), as it winds back its European operations.

The company announced earlier this year that it was selling its loss-making British assets owing to a global oversupply of steel, cheap Chinese imports into Europe, high costs and currency volatility.

Tata Motors` profits have also slowed because of falling sales of Jaguar Land Rover (JLR) in China as the country`s economy stutters, while IT behemoth Tata Consultancy Services is suffering from cautious client spending in the face of an uncertain global economic outlook.

"It was not any leadership problem but economic factors that played out in ousting Mistry," said Chokkalingam, suggesting he had unfairly lost his job over circumstances out of his control.

Tata led the company for 21 years during arguably its most successful period, increasing the group`s revenues from around $6 billion to $100 billion as he made a string of big-name purchases.

While he travelled the globe buying the likes of JLR, Britain`s Tetley Tea and Anglo-Dutch steel firm Corus, Mistry has focused on reducing the sprawling group`s $30 billion debt level by selling assets and refinancing loans.

Ratan Tata is said to have become increasingly frustrated by 48-year-old Mistry`s focus on divestments, believing the group should hold on to its assets for the long term and not reduce its global reach.

But Chokkalingam stresses that Mistry`s departure should not mark the end of his more prudent approach, saying Tata has no option but to reduce its size to balance the books.

"With no return to the parent companies in recent times due to a weak economic outlook, divestment has become a compulsion. Tata Sons had to either continue with losses or restructure their businesses," said the analyst.

Mistry became the first chairman from outside the immediate Tata family when he succeeded Ratan Tata in December 2012. His coronation was carefully planned, with the group announcing Mistry as heir a year beforehand.

He was only the sixth chairman in the history of the conglomerate, which was formed in 1868, and analysts say the unceremonious manner in which Mistry was deposed speaks of a wider malaise.

Mistry`s sudden dismissal following a vote at a routine board meeting has unsurprisingly been acrimonious.

Tata immediately scrapped a council of advisors he had set up and on Tuesday it filed caveats at an employment tribunal as a precautionary measure in case Mistry sought to legally challenge his sacking.

Whoever succeeds Tata at the end of the four-month search period faces a fight to maintain its international reputation that has been damaged by its travails in Britain, where 15,000 jobs are at risk.

Tata is a keen Anglophile and may be reluctant to see the sale of assets he brought in, posing problems for his successor.

"The problems of inherited legacy will not be cleared overnight," said Subramanian.