Tata Consultancy Services share price surged over 4 per cent to hit its fresh lifetime high of Rs 3557 on the BSE. The stock had surged a whopping 7 per cent in Friday's trade after the IT major reported a 4.4 per cent growth in its consolidated net profit at Rs 6,904 crore for the March 2018 quarter. 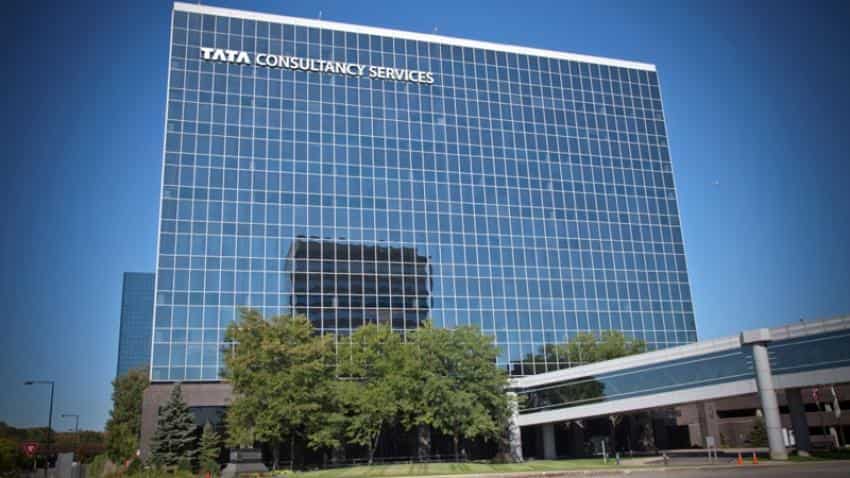 Tata Consultancy Services (TCS) became the first technology company in India to cross the $100 billion mark in terms of market capitalisation after its share price surged over 4 per cent to hit its fresh lifetime high of Rs 3513.55 on the BSE. Energy-to-telecom conglomerate Reliance Industries, led by Mukesh Ambani, is the only other Indian company that had breached the $100 billion mark, way back in 2007. RIL's market cap stood at Rs $88.8 billion, as of Friday's close, having slipped with the rupee depreciating roughly 40 per cent against the dollar in the past decade, reported Reuters.

Most brokerages have turned bullish on TCS post March quarter results and see target up to Rs 4000. "We have revised our earnings estimates for FY2019E/FY2020E on account of management’s positive demand outlook for FY19 and re-set of USD/INR rate to Rs. 66 from Rs. 64.5. Given a low base of revenue growth (CC) of 6.7% in FY18, large deal closures during 2HFY18 and strong growth momentum in retail and Europe," said brokerage Sharekhan in a research note.

The brokerage expects acceleration in organic revenue in FY2019E/FY2020E. Further, with favorable capital allocation policy for investors (80-100% of annual FCF). "We expect TCS to continue to trade at a premium to its peers. Hence, we upgrade our rating on the stock to Buy from Hold with a revised price target (PT) of Rs 3,500," it said. Edelweiss Securities, however, doesn't see much upside on the stock as TCS has already risen over 40 per cent in the last one-year factoring in the positives.

"With robust deal wins and green-shoots in BFSI, there is definite possibility of double-digit revenue growth. With growth acceleration, scale up in digital and support from currency, margins are ready for uptick as well, implying return of double-digit revenue/earnings growth after 3 years. Bonus share (1:1) and 80-100% FCF distribution is the icing on the cake," said the brokerage.

"However, current valuations at 19.2 times FY20E EPS offers limited upside, but, we do not see downside to the stock despite high multiple due to sector tailwinds and high cash returns," Edelweiss noted.