Syndicate Bank, OBC, Bank of India raise rates by up to 0.15%

The MCLR of six-month tenor will bear interest rate of 8.45 per cent, up 0.10 per cent from current rate of 8.35 per cent. BoI said the enhanced rates would come into effect from June 10, 2018. Oriental Bank of Commerce (OBC) has raised its lending rates for select tenors by up to 0.15 per cent to be effective from June 11. 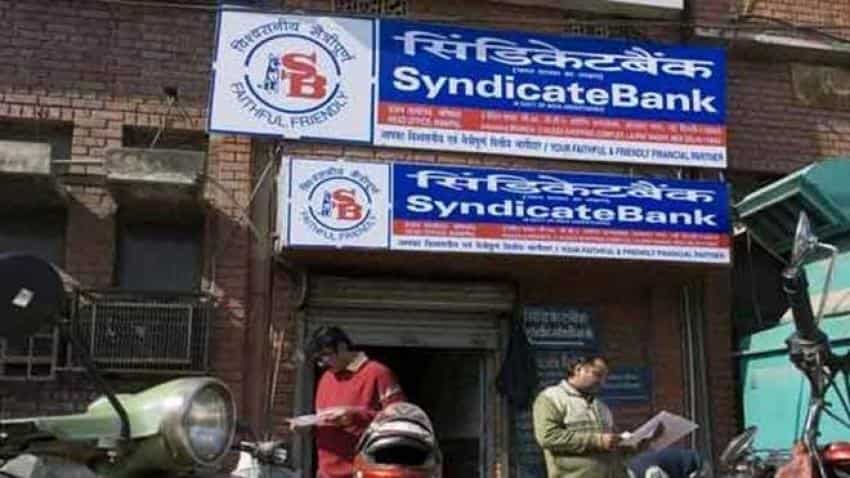 For loans of one year tenor, the rate has been increased by 0.15 per cent to 8.65 per cent and that for 6-months, it has been raised by similar quantum to 8.60 per cent. Image source: PTI
Written By: PTI
RELATED NEWS

Joining peers, three state-owned lenders today announced raising interest rate in the range of 0.05-0.15 per cent, to be effective next week. Bank of India has hiked the marginal cost based lending rate (MCLR) by 0.10 per cent each for various tenors; the Oriental Bank of Commerce by 0.10-0.15 per cent and Syndicate Bank effected a change of 0.05 per cent for one-year tenor loan.

The hike follows the Reserve Bank this week raising the key lending rate by 0.25 per cent citing inflation concerns on rising oil rates globally. BoI said in a statement that it has revised upwards the MCLR for one-year to 8.50 per cent, while overnight rate is up by 10 bps to 7.90 per cent.

Oriental Bank of Commerce (OBC) has raised its lending rates for select tenors by up to 0.15 per cent to be effective from June 11.

It said the bank has decided to increase MCLR by 10 basis points/bps to 15 bps (0.10 -0.15 per cent) across various tenors effective from Monday.

These MCLR rate shall be applicable from June 11 onwards till next review by the Bank, the state-owned lender said.

For loans of one year tenor, the rate has been increased by 0.15 per cent to 8.65 per cent and that for 6-months, it has been raised by similar quantum to 8.60 per cent.

One month MCLR rate is also revised up by 0.15 per cent to 8.35 per cent. For overnight and 3-month tenors, the new rates will be up by 0.10 per cent each to 8.20 per cent and 8.40 per cent respectively. While, Manipal-based Syndicate Bank has raised the MCLR on one year loan to 8.55 per cent from the earlier 8.50 per cent. This rate will come to effect from June 10.

The bank has however kept the MCLR unchanged for all other tenors. Big lenders such as SBI, ICICI Bank and HDFC Bank have already increased their MCLR making consumer loans such as auto, home and business loans costly.

Among those who have joined the bigger banks include private sector Karur Vysya Bank and Indian Bank. Banks review the MCLR every month, which is a uniform methodology introduced from April 2016 to ensure fair interest rates to borrowers as well as banks.