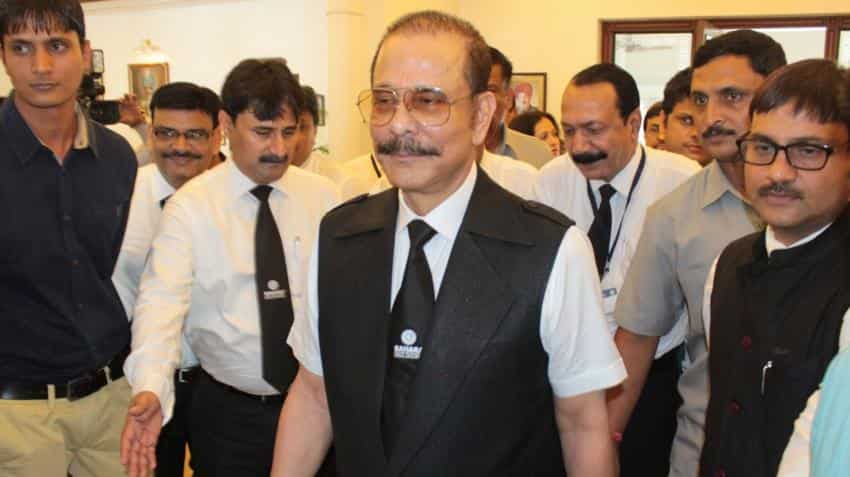 Senior advocates Kapil Sibal, appearing for the Saharas, informed apex court that the company has deposited Rs 247 crore with Securities and Exchange board of India and balance
amount of Rs 305.21 crore is yet to be deposite in the refund account.

In today's hearing, the top court extended till October 10 the relief of parole granted to the Sahara chief Subrata Roy.

Roy has spent almost two years in jail and been on parole since May 6 last year. The parole was granted the first time to enable him attend the funeral of his mother. It has been extended since then.

On July 5, the apex court had pointed out that Sahara Group was still short of Rs 9,000 crore of the principal amount of Rs 24,000 crore to be deposited in the SEBI-Sahara account to refund its investors.

Taking note of this, the bench had said, "Thus, the total amount that has been received by the SEBI-Sahara account is Rs 1500.40 crores. Thus, the commitment given on June 19 as regards the first cheque stands satisfied".

It also took on record that a cheque amounting to Rs 552.21 crores, which is to be honoured on July 15, was also given to SEBI.

Sibal and and Rohatgi had sought time till August 15 for realisation of the cheque and giving a road map for depositing the remaining amount. However, this was rejected by the bench which also comprised Justices Ranjan Gogoi and A K Sikri.

The court then fixed the matter for hearing July 20 while continuing with the relief granted to Sahara chief Subrata Roy, who is presently out on bail, was directed to remain present in the courtroom.

The court was earlier irked over non-submission of money and had decided to sell off Rs 34,000 crore worth of properties of the Sahara Group at the Aamby Valley.