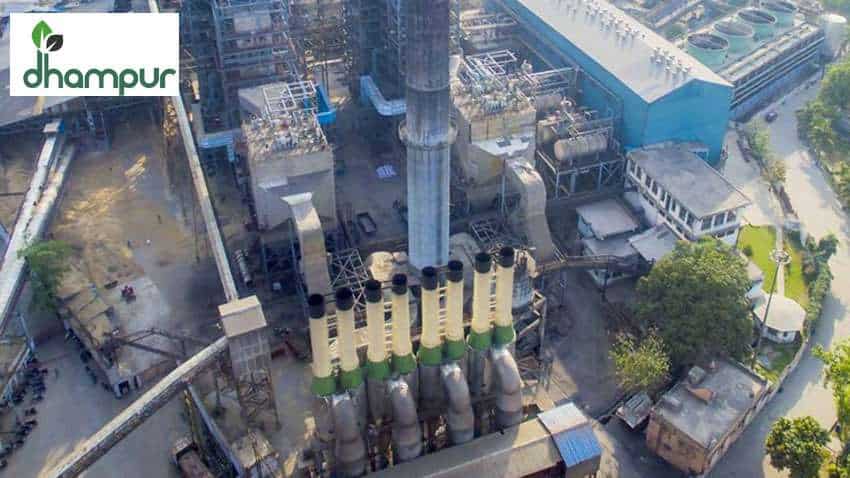 The shares of Dhampur Sugar Mills today ended at Rs 304.70 on the NSE on Monday, down by almost 2.7 per cent from the last closing price on Friday. Source: Website

The National Green Tribunal has imposed Rs 20 crore penalty on four units of Dhampur Sugar Mills Ltd in Uttar Pradesh for continuous violation of environmental laws. A bench headed by NGT Chairperson Justice Adarsh Kumar Goel said perusal of the various inspection reports filed by Central Pollution Control Board (CPCB) and Uttar Pradesh Pollution Control Board (UPPCB) clearly reveals that there was damage caused to the environment for a considerable time.

The shares of Dhampur Sugar Mills today ended at Rs 304.70 on the NSE on Monday, down by almost 2.7 per cent from the last closing price on Friday.

The tribunal said one thing which has very clearly emerged is that all the four units were continuously violating the environmental laws and have shown indifferent attitude and non-concern towards the harmful effect of pollution on the environment.

These units, in fact, have deprived the other persons and local inhabitants of their right to live in a pollution free environment, the bench said.

The NGT said there should be a proper balance between protection of the environment and development activities which are essential for progress.

There can be no dispute that the society has to prosper, but it shall not be at the expense of the environment.

The tribunal also constituted a committee comprising members from CPCB (to be nominated by the Chairman), one from UPPCB and the District Magistrates concerned to conduct a detailed study regarding extent of damage caused to the environment.

The committee will also interact with the farmers and local inhabitants who may have suffered loss/ damage because of pollution caused by the units, it said.

"We also impose a litigation cost of Rs 10 lakh which shall be paid by respondents no 1 to 3 (Dhampur Sugar Mills Ltd) to CPCB within a period of one month and the said amount will be utilised for the protection and preservation of environment," the NGT said in its recent order.

The tribunal was hearing a plea filed by Adil Ansari seeking penal action against the units of Dhampur Sugar Mills Ltd including the imposition of the appropriate environmental compensation for non compliance of Environmental norms/laws.