Subway to open nearly 100 outlets in next one year

Subway, which operates 600 outlets in over 70 cities in the country, is looking at both metro and non-metro locations under its plans. 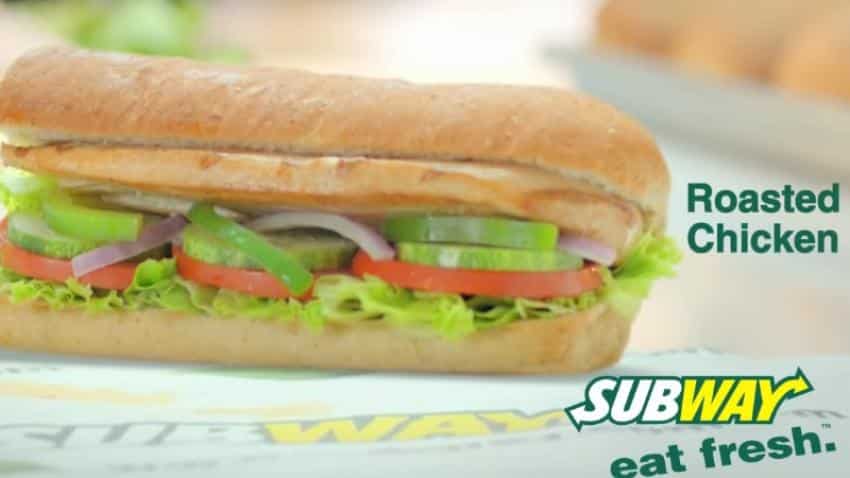 Subway operates under a franchise-based model and there are no company-owned outlets. Photo: YouTube

Sandwich restaurant chain Subway is planning to open around 100 outlets over the next 12 months in India targeting new states to expand its footprint.

Subway, which operates 600 outlets in over 70 cities in the country, is looking at both metro and non-metro locations under its plans.

Stating that the aim is to accelerate expansion in both metro and non-metro locations, he said: "Himachal Pradesh and Uttarakhand are among the new markets being focused on for footprint expansion."

Besides, the brand is looking at strengthening presence in states like Tamil Nadu and Gujarat, he added. Major cities where Subway is planning to open new restaurants include Raipur, Gwalior, Ajmer, Jabalpur and Nagpur, among others, Talwar added.

Asked about investments, he said: "Given that the brand's business is 100% franchise-based, it may not be feasible to state the likely investments."

Subway operates under a franchise-based model and there are no company-owned outlets. It has recently opened its 600th outlet in India at Bharuch in Gujarat.

The brand is also ramping up its delivery network by partnering with prominent food aggregators while working towards introducing mobile ordering for the Indian market soon, the company said. Globally, Subway is present in 112 countries with over 44,000 franchised locations.