Since the company has stated to have set a target of doubling it capacity of laying down optic fibre by June 2020, it is sticking to that goal. 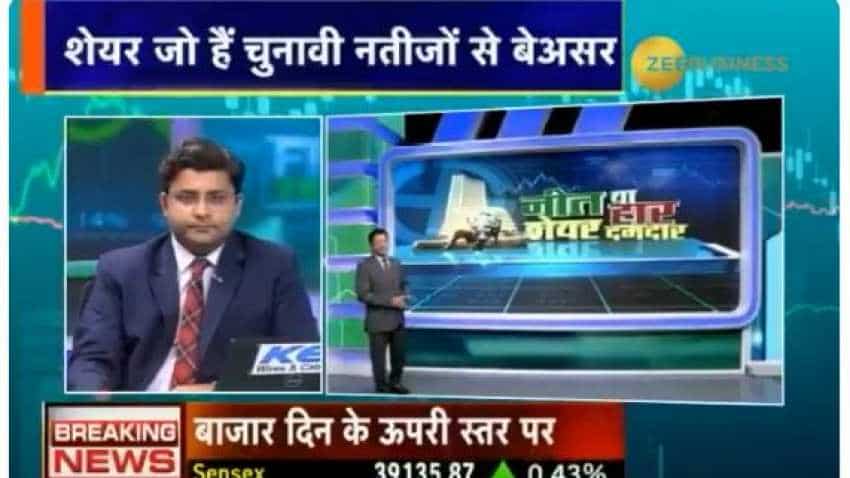 Although stock markets witnessed a historic rise following the exit poll results indicating a clear cut majority for the BJP-led NDA under the leadership of Prime Minister Narendra Modi, there is one stock which is unlikely to be affected by the results of the 2019 Lok Sabha elections. Zee Business opines that Sterlite technologies or STL is one such stock. According to Zee Business, after witnessing 52-week high, shares of Sterlite Technologies are down about 60%, but there is no major change in numbers. The Q4 number are strong, and the company has also maintained order books in this quarter.

Since the company has stated to have set a target of doubling it capacity of laying down optic fibre by June 2020, it is sticking to that goal. Whichever government comes, the focus on laying down of optic fibres to connect villages across the country with internet will continue, therefore the company is likely to face no problem on this front.

The report also cites income and earning trends of the company which are also witnessing positive growth. Overall numbers are very strong, although stock is down but valuation is strong, it added.

Notably, the Sterlite Technologies posted about 47% rise in consolidated net profit to Rs 165.17 crore for the quarter ended March 2019. This was against a net profit of Rs 112.42 crore in the same quarter last fiscal, the company said in a regulatory filing, while adding that revenue from operations more than doubled to Rs 1,791.16 crore in the quarter from Rs 846.64 crore in the year-ago period.

According to the company, it has achieved an “all-time high order book of over Rs 10,500 crore”, besides filing highest-ever number of patents in a single year, taking its global patent filing count to 271.

On Tuesday, Sterlite Technologies announced new business and technology capability addition to its Network Software business to serve its global customers. Announcing the capability expansion, Anshoo Gaur, CEO of Network Software at STL, said, “Software is a people-driven business. I am excited to announce three leadership additions that build on our global talent pool of best-in-class strategists, scientists and technologists. The joining of these industry leaders further elevates our capability, accelerates the evolution of our award-winning software portfolio, and amplifies our customer immersion in global markets.”

Buy, Sell or Hold: What should investors do with Sterlite Technologies and Borosil Ltd?