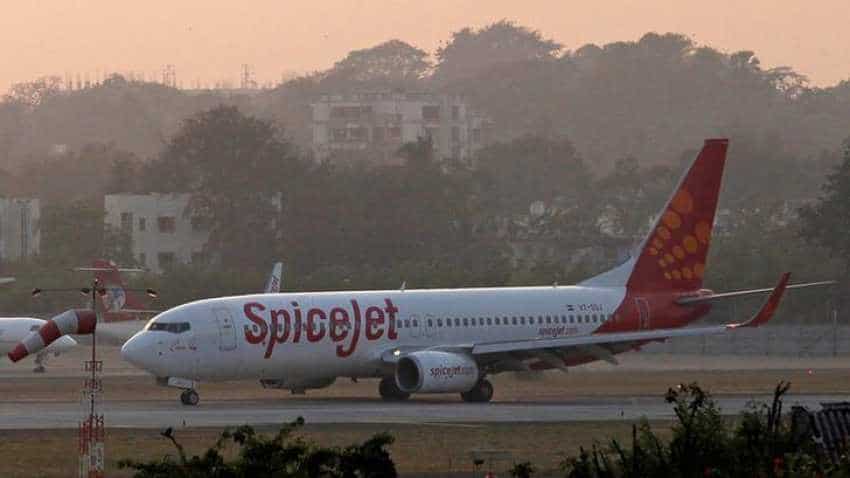 The bookings for all the flights will begin from March 4, the airline said. Image source: Reuters
Written By: PTI
RELATED NEWS

Low-cost carrier SpiceJet Friday announced it will start 10 new flights under regional connectivity scheme UDAN between March 31 and April 15. While, eight of these will connect Gwalior to different cities across the country, two will fly on the Bhopal-Udaipur route, the airline said.

Additionally, the budget carrier stated that it will start a new flight on the Bhopal-Chennai route from March 31.The Bhopal-Chennai-Bhopal route does not come under the UDAN scheme of the central government.

The bookings for all the flights will begin from March 4, the airline said.

With the addition of these new flights from Gwalior, Bhopal and Jharsuguda (announced during the week), SpiceJet will be operating 39 daily flights under the regional connectivity scheme.

The airline will be deploying its Bombardier Q-400 aircraft on all the 10 UDAN routes and will be using its fleet of Boeing 737 for the non-UDAN route of Bhopal-Chennai-Bhopal, it said.