"The sudden reduction of aviation capacity has created a challenging environment in the sector," SpiceJet Chairman Ajay Singh said. 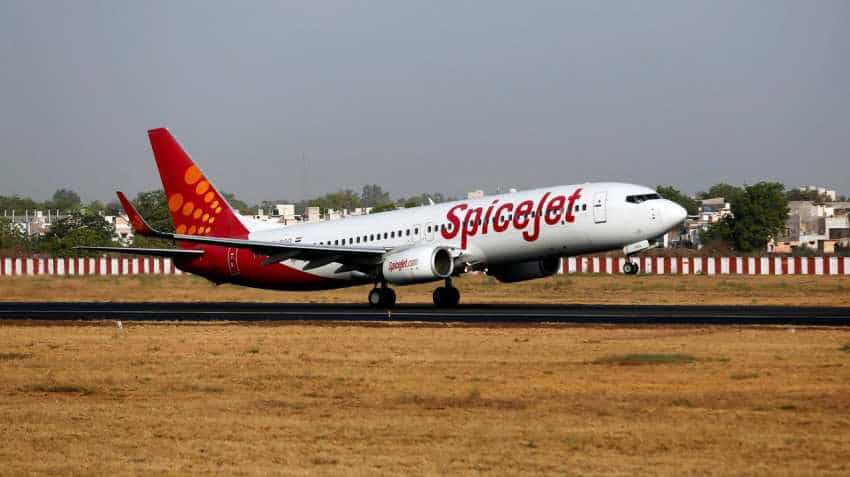 SpiceJet did not say whether it planned to lease planes that had previously been flown by Jet. Photo: Reuters
Written By: Reuters
RELATED NEWS

Budget Indian airline SpiceJet Ltd said on Friday it planned to lease a "first lot" of 16 Boeing Co 737-800s to help fill a gap in aviation capacity that ratings agency ICRA said has pushed up fares by 30 to 40 percent since September. SpiceJet had cancelled some flights due to the grounding of its 12 737 MAX planes after Ethiopian Airlines` deadly March 10 crash. However, the bulk of the reduction, which ICRA said removed 15 percent of market capacity, is due to Jet Airways Ltd grounding more than three-quarters of its fleet as a result of funding problems.

"The sudden reduction of aviation capacity has created a challenging environment in the sector," SpiceJet Chairman Ajay Singh said in a statement. "SpiceJet is committed to working closely with the government authorities to augment capacity and minimise passenger inconvenience."

India`s civil aviation minister Suresh Prabhu has directed the civil aviation secretary to review issues related to Jet Airways and take steps to minimise the inconvenience to passengers and ensure their safety, the minister said in a Tweet on Friday. India`s Directorate General of Civil Aviation has de-registered 11 737-800s that had been leased by Jet Airways on request from lessors, the agency`s website said, and another 14 requests for de-registration remain pending.

SpiceJet did not say whether it planned to lease planes that had previously been flown by Jet. The budget carrier`s shares rose 5 percent in early trade on Friday.