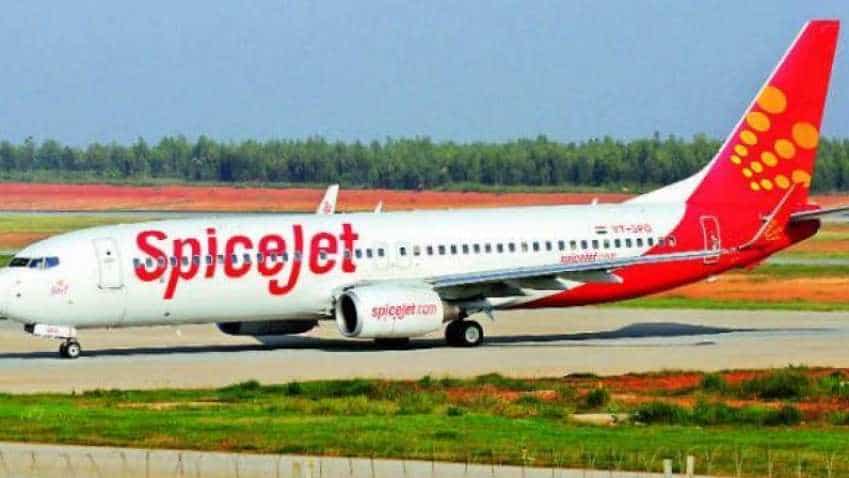 SpiceJet has applied to the Directorate General of Civil Aviation (DGCA) for a no-objection certificate (NOC) to import the aircraft. Image source: PTI
Written By: ZeeBiz WebTeam
RELATED NEWS

Domestic airline SpiceJet will induct 16 Boeing 737-800 NG aircraft on dry lease to minimise passenger inconvenience, the airline said. It has applied to the Directorate General of Civil Aviation (DGCA) for a no-objection certificate (NOC) to import the aircraft. The aircraft are expected to join the SpiceJet fleet in the next ten days, which is subject to regulatory approvals.

The airline is working closely with the government authorities to bring down cancellation of flights and minimise customer inconvenience.  Ajay Singh, Chairman and Managing Director, SpiceJet said, “This is the first lot of Boeing 737s that we are inducting in our fleet. The sudden reduction of aviation capacity has created a challenging environment in the sector. SpiceJet is committed to working closely with the government authorities to augment capacity and minimize passenger inconvenience.”

The new induction of planes will not just bring down flight cancellations to nil, but also help in SpiceJet’s aggressive overseas and domestic expansion plans, the statement said.

SpiceJet offers low-cost air journey in the Indian market. The airline operates 516 average daily flights to 60 destinations, including 51 domestic and 9 international ones. The airline has a fleet of 50 Boeing 737, 27 Bombardier Q-400s and one B737 freighter. The majority of the airline’s fleet offers SpiceMax, the most spacious economy class seating in India.