The first SpiceJet flight from Adampur to New Delhi under the Udan scheme is going to take off tomorrow and it will be operated with a 78-seater Bomabardier Q400 aircraft, the Airports Authority of India said in a release. 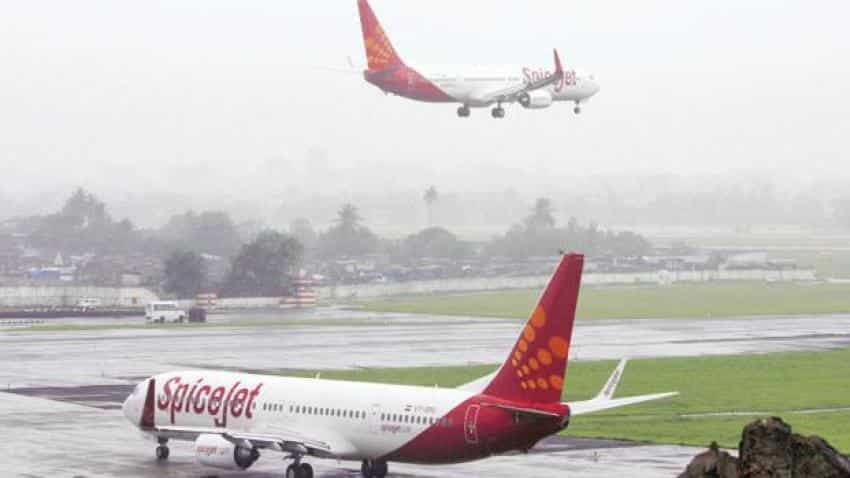 The services on the Adampur-New Delhi-Adampur route will be operated daily. Image source: Reuters

The Adampur airport in Jalandhar is all set to go on the country's civil aviation map tomorrow when budget carrier SpiceJet launches its maiden flight to New Delhi under Udan, the government's regional connectivity scheme. The airport is manned by the Indian Air Force.

The first SpiceJet flight from Adampur to New Delhi under the Udan scheme is going to take off tomorrow and it will be operated with a 78-seater Bomabardier Q400 aircraft, the Airports Authority of India said in a release.

The services on the Adampur-New Delhi-Adampur route will be operated daily, the release said, adding that Adampur airport will be the fourth aerodrome in Punjab to operate flights under the scheme.

The AAI is the implementing agency for the Ude Desh Ka Aam Nagrik (Udan) scheme, which seeks to provide connectivity to unserved airports besides increasing services to the under-served airports.

The AAI is developing a civil enclave at this airport in two phases, it said.

"Since Adampur airport was selected as one of the airports for operation of RCS flights in the first phase of the bidding for the routes, and flights were to be commenced at the earliest, a small fully air-conditioned terminal building spread over 375 sqm area has been constructed with pre-fabricated structure along with an approach road, a small car parking and other associated structures as interim measure," the AAI said.

However, the building has all the modern facilities and passenger amenities, including flight information display system, CCTV, apart from airlines ticketing counters, public conveniences, the AAI said.

Since apron for civil flights is to be constructed in the second phase, aircraft will be parked on taxi track in the Air Force area for the time being, the release said.

In the second phase, the AAI plans to construct a terminal building in as much as 5,000 sq mt area with the apron, taxi track, and car parking facilities among others, it said.

The terminal building will have the capacity to handle 300 departing and arriving passengers and will be equipped with facilities such as a high-tech baggage handling system, glass elevators and escalators, aerobridges, central AC, flight information display systems and CCTVs while the apron will have capacity to park up to two Airbus A320 type of aircraft at a time, the AAI said.

Tenders for construction of the apron have already been called and the full-fledged civil enclave will be ready in 8-10 months at an estimated cost of Rs 114 crore, the release added.