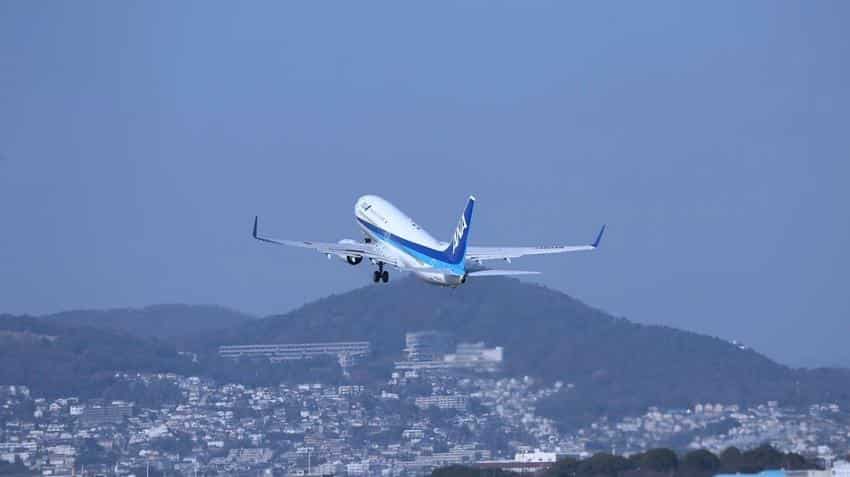 IndiGo and Jet passenger load fax were approximately 82.1% and 81.7% respectively which is a decrease from the previous month. Representational image. Image Source: Pixabay

Spicejet, the only airline to record an increase in passenger load factor in August, was also the highest among all other airlines at 93.2%, as per the data released by DGCA.

The company’s percentage ‘load fax’ was 92% in July.

IndiGo and Jet passenger load fax were approximately 82.1% and 81.7% respectively which is a decrease from the previous month.

Jet Lite recorded a passenger load factor at 78.9% as compared to previous month’s 80.9%.

Air India passenger load factor was down to 77.7% in August as compared to 80.3% the previous month while new entrant, Air Carnival recorded 65.57% load fax for August. 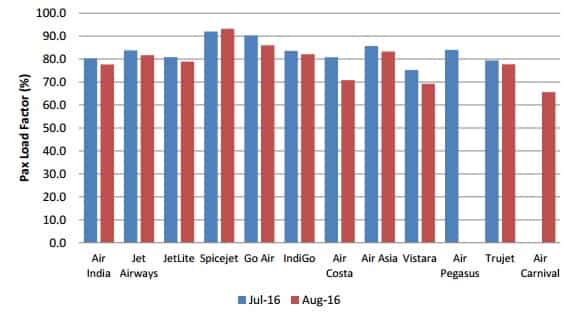 The Directorate General of Civil Aviation (DGCA) stated that the passenger load factor in the month of August was nearly the same primarily due to the end of tourist season.

However overall passenger count has increased month on month to 83.81% in comparison to 67.6% over the same period last year.

“Passengers carried by domestic airlines during January to August 2016 were 644.68 lakhs as against 523.55 lakhs during the corresponding period of previous year thereby registering a growth of 23.14 %,” DGCA said in a statement.

In August, IndiGo dominated the market taking 39.9% of the market share which is a marginal increase from July which was at 39.8%.

Jet Airways market share ranked second at 16.4% while Air India followed in closely at 14.6% of the market. Spicejet came in fourth as its market share was at 12.6% but was an increase over the month of July which was at 11.7%.

Vistara's market share also recorded a growth in August which was 2.4% as compared to 2.05% in July.

Highest On Time Performance (OTP) was recorded by IndiGo at 83.8% compliance from the four metro airports.

Spicejet followed closely at 83.1% OTP and Jet Airways and Jet Lite together saw OTP of only 76.9%.

IndiGo also saw the highest percentage share of cancellations among the three at 1.19% as compared to 0.1% from Spicejet and 0.2% from Jet Airways. 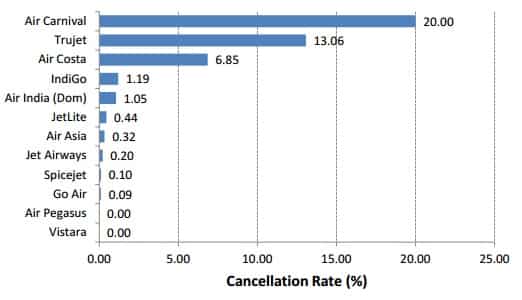 The DGCA stated that a total of 885 passenger related complaints had been received by the scheduled domestic airlines. 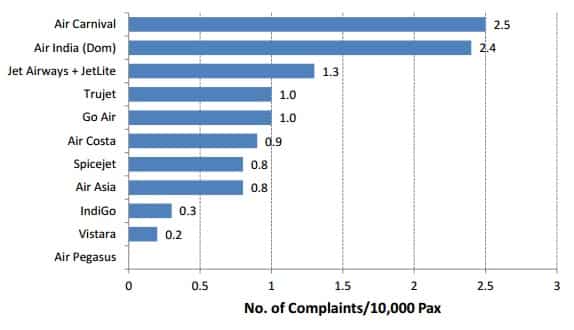 Spicejet shares were up 2.39% while Jet shares climbed 3.42% and IndiGo’s parent company, InterGlobe Aviation was up 1.18% on BSE Sensex at 1100 hours on Monday.

However shares of the companies reduced to below 1% increase intraday.