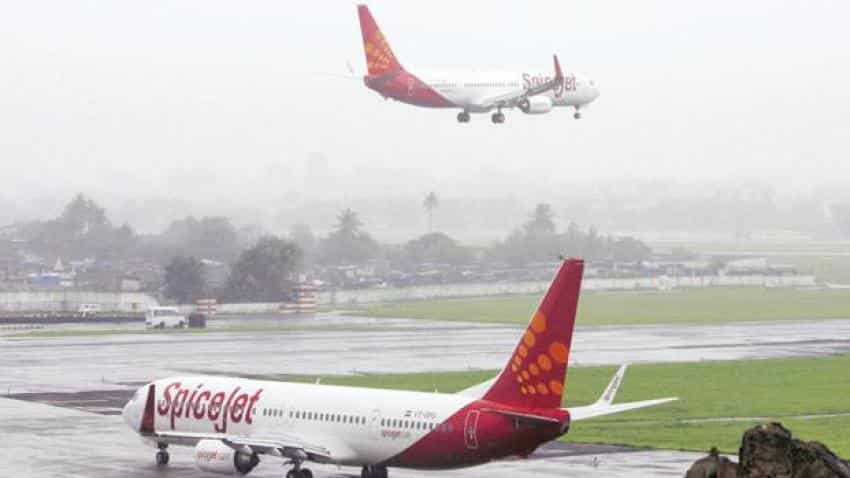 The probe conducted by the Director General, which is CCI's investigation arm, had concluded that the airlines did not indulge in anti-competitive activities. Image source: Reuters
Written By: PTI
RELATED NEWS

SpiceJet, Jet Airways and InterGlobe Aviation on Thursday indicated that they plan to challenge Competition Commission's order penalising them for alleged anti-competitive practices with regard to fixing of fuel surcharge for cargo transport. The Competition Commission of India (CCI) has slapped a total fine of more than Rs 54 crore on the three airlines and has also directed them to cease and desist from anti-competitive practices.

"As of now, the company is examining the order of CCI dated March 7, 2018 and shall be taking such steps, including challenging the order in appropriate forum as may be advised and deemed necessary to defend the company's position," SpiceJet said.

It also noted that the probe conducted by the Director General, which is CCI's investigation arm, had concluded that the airlines did not indulge in anti-competitive activities.

Jet Airways said after perusal of the CCI order, the airline would "pursue all available legal steps to defend its position as it believes that it is not in contravention of the provisions of the Competition Act 2002".

About the ruling, InterGlobe Aviation -- the parent of IndiGo -- said it is in the process of reviewing the CCI order and is considering exercising its statutory right to appeal against the order.

"In our view, the order or the associated media reports do not materially impact the business or operations of the company," it added.

The three airlines made their stance clear on the CCI order through separate filings to the stock exchange.