SpiceJet and Safran Group, have now finalised the purchase of LEAP-1B engines to power a total of 155 Boeing 737 MAX planes, along with spare engines to support the fleet, according to a release 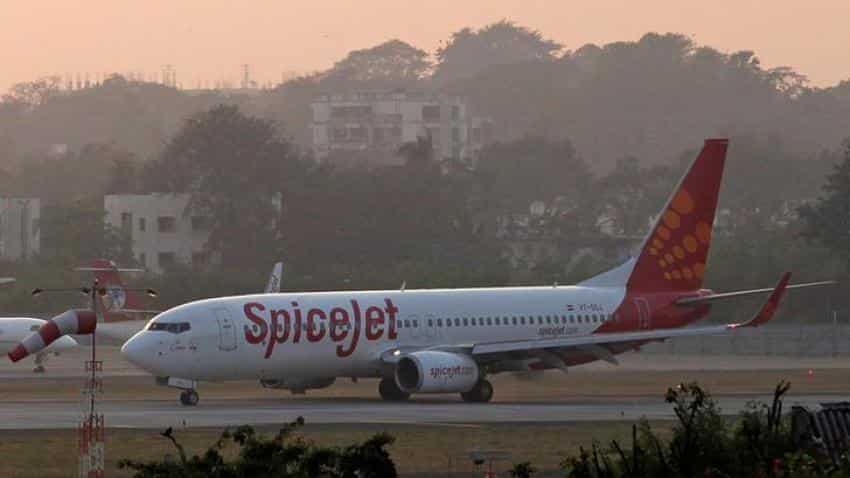 No-frills airline SpiceJet today inked USD 12.5 billion deal with French major Safran Group for CFM aircraft engines. At current exchange rate, the deal is worth more than Rs 81,000 crore and is one of the biggest in the aviation sector. SpiceJet and Safran Group, have now finalised the purchase of LEAP-1B engines to power a total of 155 Boeing 737 MAX planes, along with spare engines to support the fleet, according to a release.

CFM engines are manufactured by CFM International, a joint venture between Safran and General Electric. The deal was inked at the Indo- French Economic Partnership signing ceremony here on the occasion of French President Emmanuel Macron visit to India.
The airline has also signed a ten-year Rate per Flight Hour (RPFH) agreement with CFM Services that covers all LEAP-1B engines powering SpiceJet's 737 MAX planes. RPFH agreements are part of CFM's portfolio of flexible aftermarket support offerings.

Under the terms of the agreement, CFM guarantees maintenance costs for all SpiceJet's LEAP-1B engines on a pay by hour basis, the release issued by the airline said. "We are looking forward to introducing the new LEAP-1B into our fleet... From what we have seen so far, the LEAP-1B is living up to its promises for efficiency and reliability.

"We hope they provide us unmatched service reliability while keeping our costs in check to ensure profitable operations," SpiceJet CMD Ajay Singh said. Safran CEO Philippe Petitcolin said it has been exciting to watch this airline grow over the years and believe it has a very bright future. "We are proud to be such a big part of the SpiceJet team over the long term," he added. Currently, SpiceJet operates a fleet of more than 38 CFM 56-7B-powered Boeing 737 NG family aircraft.