Spicejet adds 100th plane to fleet, 4th domestic airline to do so 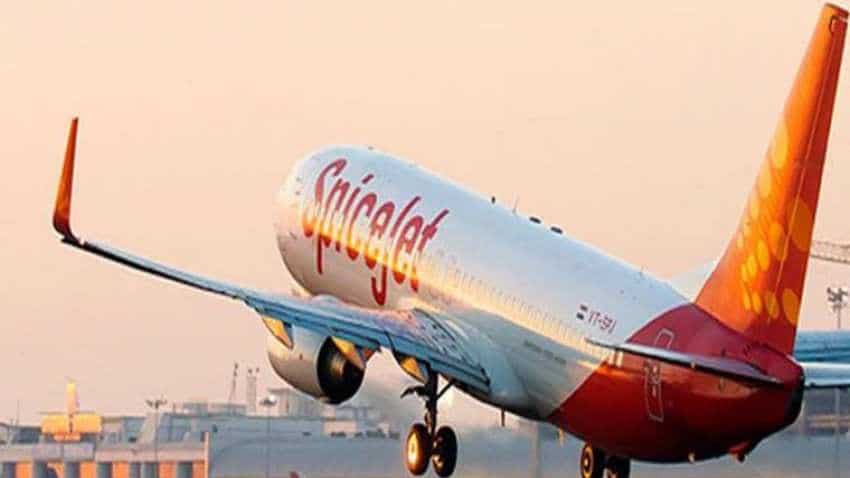 Eight domestic carriers - Air India, IndiGo, SpiceJet, GoAir, Air India Express, Vistara, AirAsia and Alliance together have 595 planes in their fleet at the moment. Spicejet in a release said it has added some 23 planes in the last one month alone.

"Who could have thought that from the brink of closure in December 2014, SpiceJet would have a 100-aircraft fleet in 2019," SpiceJet chairman and managing director Ajay Singh said on the induction of 100th plane in the fleet. The Gurugram-based budget carrier now has 68 Boeing 737s, 30 Bombardier Q-400s and two B737 freighters.

The airline at present operates 575 daily flights on an average to 62 destinations 53 domestic and nine international, it said. SpiceJet is a key player in the Union government's regional connectivity scheme UDAN operating 42 flights per day to and from various regional destinations, it added.

"SpiceJet has added 23 planes and over a hundred new flights, most of them connecting the key metros of Mumbai and Delhi, in just over a month's time," the airline said. Of the 595 planes, IndiGo has 230, Air India 128 and SpiceJet 100.

Jet Airways, which ceased operations around mid-last month, had 120 planes in its fleet before going bust. Besides, GoAir has 49 planes, Air India Express 25, Vistara 22 snd AirAsia India 21 planes in their fleet. Alliance Air, which is the regional subsidiary of Air India, has 20 ATRs for operations.