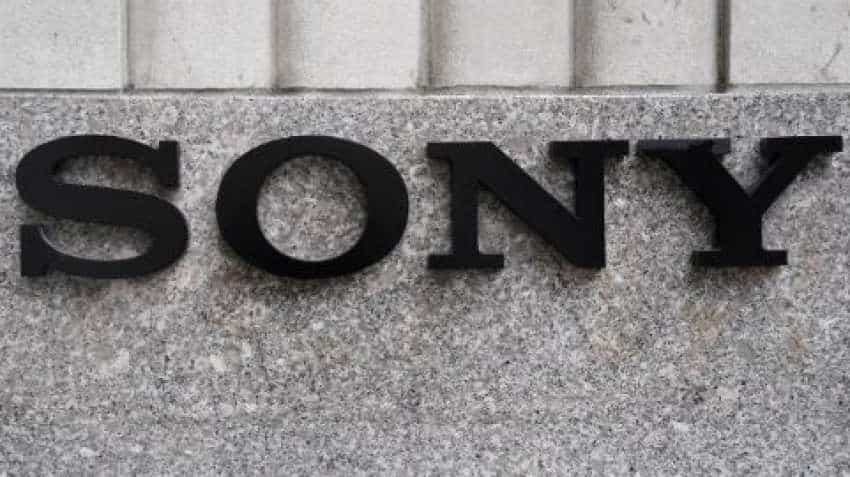 Sony Corp announced its first-ever share buyback on Friday, worth 100 billion yen ($910 million), helping its stock recover somewhat from the hammering it received earlier in the week when the technology firm reported lacklustre earnings. The announcement marked Japan`s second major buyback this week after technology investor SoftBank Group Corp said it would repurchase 600 billion yen worth of stock on Wednesday, sending its share price soaring.

Both stocks had been under pressure prior to the announcements reflecting investor unease over the outlook for the global technology industry amid falling demand in China.

Sony said its buyback, its first-ever aimed at boosting shareholder returns, will be equivalent to 2.36 percent of its outstanding shares and will be conducted through March 22.

"Our financial health has improved enough to conduct the repurchases," a Sony spokesman said, adding that recent share prices were also a factor in its decision. Hiroyasu Nishikawa, senior analyst at IwaiCosmo Securities, said the buyback showed how much Sony had changed over the years, responding more to shareholders.

"This announcement was well timed, and it shows they are watching the market very well," he said. "Sony`s gradually been recovering in the past few years."

Until a few years ago, Sony had been struggling with losses as its consumer electronics business lost market share to Asian rivals. It has since reinvented itself as an entertainment company with stable revenue from music content and gaming.

But its shares had plunged 14 percent this week to their lowest in more than a year after the company reported lower-than-expected profit as its previously thriving gaming business sagged - though a one-off gain related to its acquisition of EMI nevertheless pushed the quarterly result to a record high.

The buyback announcements also come as Japanese companies have been increasing share repurchases amid growing calls for higher shareholder return. Instruments maker Yamaha Corp and trading house Itochu Corp also announced buybacks along with their quarterly earnings in the past week.

Sony has been steadily increasing shareholder return through higher dividends over the last couple of years. It paid 7.09 percent of its profit in dividend in the last fiscal year, compared with 22.5 percent at U.S. tech giant Apple Inc, according to Refinitiv data. ($1 = 109.7700 yen)