Japan's Softbank will invest $93 billion in Softbank Vision Fund that will be invested in the technology sector and it expects the total commitment in the company to reach $100 billion in six months. 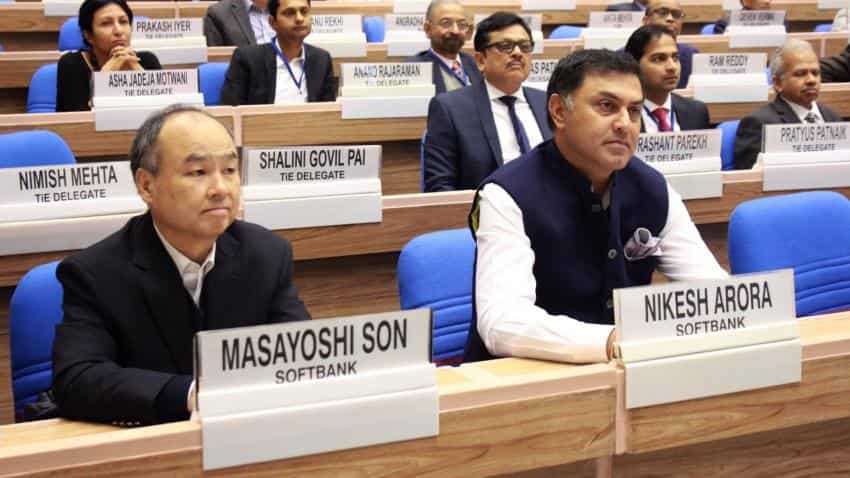 Paytm receives $1.4 billion investment from SoftBank in latest funding round

Japanese conglomerate Softbank on Sunday said that it has freezed $93 billion capital for its Softbank Vision Fund that will be invested in the technology sector and expects total commitment in it to reach $100 billion in six months.

The fund will be invested based on advise by Softbank's wholly-owned subsidiary of SB Investment Advisers that will be headed by Indian born Rajeev Misra.

"The SoftBank Vision Fund today announced its first major close with over $93 billion of committed capital," Softbank said in a statement.

In addition to SoftBank Group Corp (SBG) and the Public Investment Fund of the Kingdom of Saudi Arabia (PIF), investors in the fund also include the Mubadala Investment Company of the United Arab Emirates, Apple Inc,

"The fund is targeting a total of $100 billion of committed capital, with a final close within six months," the statement said.

The Softbank Vision Fund, will target long-term investments in companies and foundational platform businesses that seek to enable the next age of innovation.

"Rajeev Misra will serve as the CEO of SB Investment Advisers and will be a member of the Investment Committee. He will play a key role in all Fund transactions, supported by a highly-experienced global team across offices in London, San Carlos, and Tokyo," the statement said.

The fund will seek to acquire minority and majority interests in both private and public companies, from emerging technology businesses to established, multi-billion dollar companies requiring substantial growth funding, the statement said.

Besides, it will also have the right to acquire certain investments already acquired ,or agreed to be acquired, by the SoftBank Group, including 24.99% of its holding in electronic chipset technology firm ARM and investments in Guardant Health, Intelsat, Nvidia, OneWeb and SoFi.

Softbank has made substantial investments in Indian firms like Snapdeal, Ola and most recent being $1.4 billion (over Rs 9,079 crore) in digital payment firm Paytm.

The new capital is expected to be active across a wide range of technology sectors, "including but not limited to" IoT (internet of things), artificial intelligence, robotics, mobile applications and computing, communications infrastructure and telecoms, computational biology and other data-driven business models, cloud technologies and software, consumer internet businesses and financial technology.

Paytm receives $1.4 billion investment from SoftBank in latest funding round