Sky is not the limit for Rajinikanth's latest film 'Kabali'

Here's how Rajinikanth's fans will be flying hign on his film 'Kabali'. 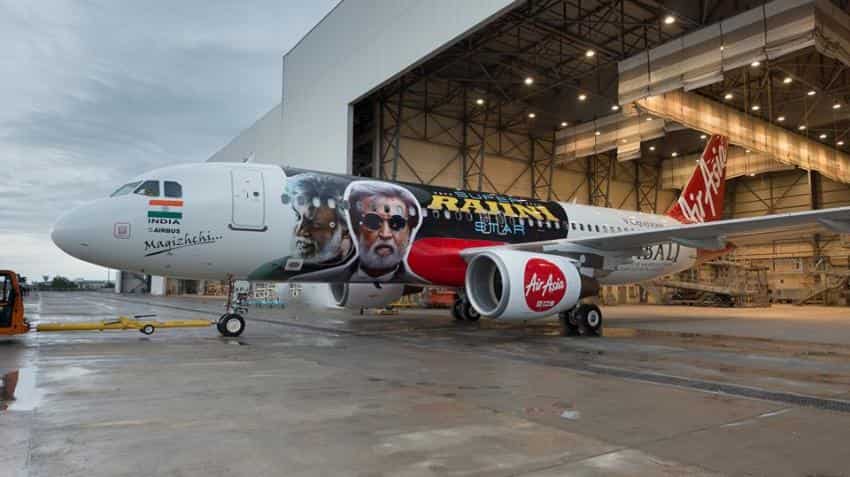 AirAsia India has painted one of its planes with the poster of Tamil movie star Rajinikanth's latest film 'Kabali'. The airline is the official airline partner for the movie 'Kabali' and has also announced an exclusive 'Fly like a Superstar' promotion.

This includes an all-in-fares from as low as Rs 169 one way to all destinations in India, departing from Kuala Lumpur, the company said in its press release.

This promotion is available for booking online at airasia.com as well as AirAsia's mobile app on the iPhone and Android devices, and the mobile site mobile.airasia.com.

Apart from the promotional fares to all the routes to India, low fares are also available to other international cities such as Guangzhou, Krabi, Lombok, Ho Chi Minh City, Siem Reap, Penang and many other cities from as low as only Rs 39 one way.

As part of its association with the movie, AirAsia is also introducing the 'Kabali Vegetarian Briyani' into its pre-booked in-flight menu for an introductory price of only Rs 9.90.

Spencer Lee, Head of Commercial, AirAsia Berhad said, “The excitement around “Kabali” has enable us to unveil movie-themed activities and we are pleased to offer special promotional fares that will allow AirAsia guests to 'Fly like a Superstar' to their favourite destination in India with fares from as low as Rs 169 one way. On the other hand, we are thrilled to introduce “Kabali Vegetarian Briyani” on board All AirAsia Berhad’s flights."