Siemens said it expects a continued favourable market environment with limited risks related to geopolitical uncertainties as the German engineering group on Thursday reported industrial profit in line with expectations. 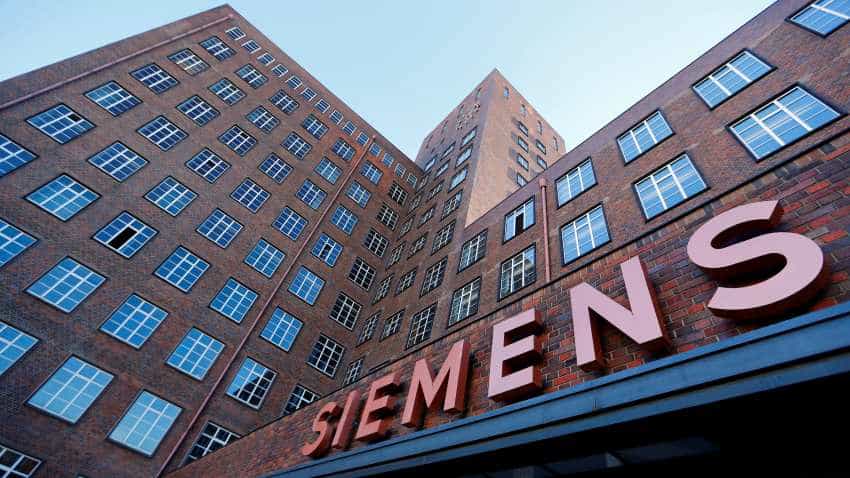 Siemens said it expects a continued favourable market environment with limited risks related to geopolitical uncertainties as the German engineering group on Thursday reported industrial profit in line with expectations.

The trains-to-turbines maker said it wanted to raise its dividend and launch a new 3 billion euros ($3.4 billion) share buyback after reporting flat industrial profit of 2.145 billion euros during its fiscal fourth quarter.

The company`s net profit fell 46 percent to 681 million euros during the three months ended Sept. 30, better than the 595 million euros expected by analysts polled by Reuters. The figure was hit by 301 million euros in restructuring charges Siemens incurred from job cuts at its troubled Power and Gas business.

The business, which has been hit by a collapse in demand for large gas-powered turbines, chalked up a loss of 139 million euros during the quarter.

Siemens said the service business did well, but demand continued to slide in its manufacturing side. The business, which competes with General Electric and Mitsubishi Heavy Industries, also has seen falling prices due to over-capacity in the sector.

General Electric last month took a $22 billion goodwill charge on its power business, which it will reorganise into two businesses as new Chief Executive Larry Culp took his first steps to revive the struggling American conglomerate.

In September, Siemens said it would cut around 2,900 jobs in Germany to achieve 500 million euros in cost savings to improve the competitiveness of its Power and Gas division and the Process Industries and Drives division.

Siemens results were also impacted by a one-off tax charge related to the separation of its mobility unit. Siemens is currently seeking approvals from competition authorities to combine the train business with France`s Alstom.

That move is part of the overhaul of Siemens operations under Chief Executive Joe Kaeser to simplify the company`s structure and accelerate growth. In August the company announced it was combining its five industrial divisions into three operating companies.

For the year as a whole, Siemens posted earnings per share of 7.88 euros, when job severance charges were excluded, within its target range of 7.70 to 8.00 euros. The profit margin of its industrial business improved to 11.3 percent, also within its guidance of 11 to 12 percent.

"We again delivered what we promised and fully reached our guidance which we raised at mid-year," Kaeser said.